Neuroscience has become a key player in the ongoing debate about human nature and has leveraged advances in technology to provide insight into the processes that underlie human cognition and behavior. This field incorporates a range of methodological approaches and levels of analysis and has made the brain a central object of study in the quest to understand human nature within a scientific framework.

However, the narratives about human nature produced by science can shape how we understand and perceive ourselves and can also intervene in our construction as social and political actors. The subjectivizing rhetoric of neuroscience, which asserts that “we are our brains,” can lead to the birth of a “brainhood” of the self. 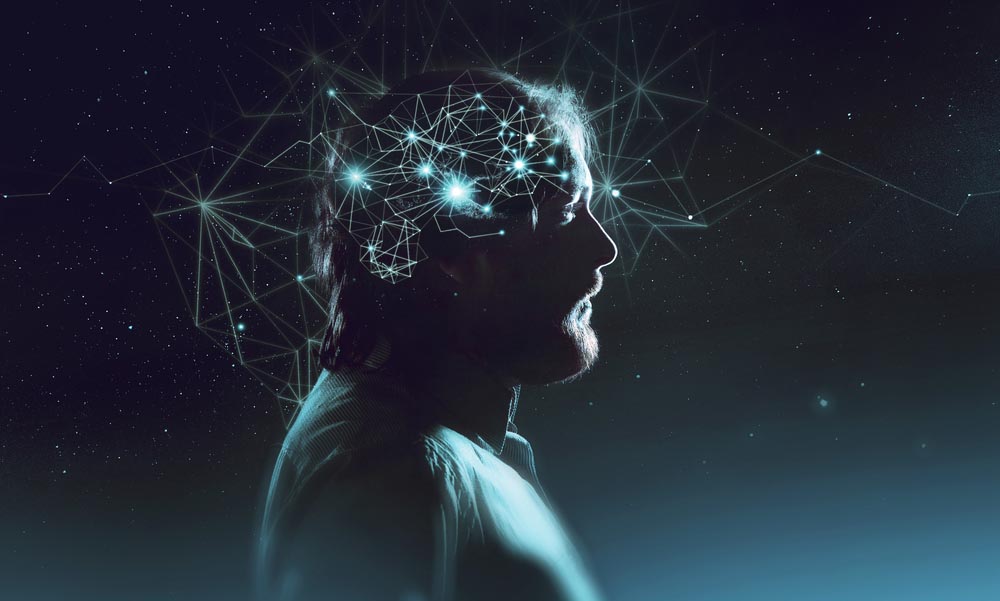 The concept of plasticity, which refers to the ability of the nervous system to modify itself functionally and structurally in response to stimuli, has become central to the subjectivizing rhetoric of neuroscience. Plasticity is thought to underlie processes such as the reorganization of synapses, the creation of new neurons, and the consolidation of memory.

French philosopher Catherine Malabou has proposed a theory of plasticity that situates it within a Hegelian framework and suggests that plasticity can be both destructive and creative. This theory has implications for how we understand the relationship between the brain and the self and has the potential to refocus the subjectivizing rhetoric of neuroscience towards an emancipatory horizon.

Throughout the history of human inquiry, various theories have been proposed in response to the fundamental questions of what constitutes human nature and what kind of beings we are. These theories have had significant influence on our individual and collective behavior, shaping everything from economic policy to child-rearing practices. These narratives about human nature reflect the diverse cultural and societal contexts in which they have been developed.

In the modern era, the primary source of authority for answering these questions is often seen as modern science. Within the scientific community, disciplines ranging from the social and human sciences to biology have sought to assert their own perspectives as the most valid and comprehensive explanations for human nature. In recent decades, the field of neuroscience has emerged as a key player in this ongoing debate, leveraging advances in genetics, computing, and neuroimaging to provide insight into the processes that underlie human cognition and behavior. Neuroscience incorporates a range of methodological approaches and levels of analysis, from the molecular to the social and cultural, and the brain has become a central object of study in the quest to understand human nature within the framework of modern scientific knowledge.

Before the advent of neuroscience, other scientific paradigms and disciplines dominated the narrative of human nature, shaping how we understand and perceive ourselves as humans. The way in which scientific knowledge intervenes in our construction as social and political actors is comprised of fragments of these narratives and the contexts in which they are situated.

In the words of philosopher of science Ian Hacking, science can “create kinds of humans,” who come to understand themselves within the framework of these narratives. Knowledge about what it means to be human determines behavior and subjectivity, from epistemology to ontology. What a modern human is capable or incapable of doing depends on the knowledge about human potential that shapes them.

We might then ask, what role does neuroscience play in the “creation of new humans”? How do neurochemical theories of psychiatric disorders affect the subjectivity of patients? How is the public receiving the latest neuroimaging findings that associate a certain brain region with a specific function? The subjectivizing rhetoric begins with the idea that “we are our brains,” leading those who symbolically incorporate this knowledge to the birth of a “brainhood” of the self. This phenomenon is by no means universal and absolute.

On the one hand, the subject who incorporates the neuroscientific narrative is also traversed by other narratives, scientific or not, that also seek to explain their experience as a human. On the other hand, concepts produced by neuroscience have diverse origins and trajectories, contributing differentially to the phenomenon of subjectivation or “creation of individuals,” depending on the context of discovery and its historical trajectory. We will focus on one of these concepts, plasticity, situating it within the conceptual cosmos of neuroscience and examining its role in the current subjectivizing rhetoric, ultimately striving to redirect it towards an emancipatory horizon.

Plasticity refers to the ability of the nervous system to modify itself functionally and structurally in response to some stimulus. This ability to adapt is key during development, in the case of injury, in the learning process, or for the consolidation of memory. At the biological level, the reorganization of synapses or connections between neurons, the creation of new neurons, as well as molecular processes of synaptic potentiation and depression are thought to underlie this phenomenon. This concept, which is ubiquitous and cross-cutting across much of neuroscience, is the starting point for French philosopher Catherine Malabou in her book What Should We Do with Our Brain?

Malabou sees in plasticity the possibility of a historical third dimension to our neuroscientific brain. In contrast to the abandoned idea of a genetically determined and rigid brain, plasticity offers the possibility of a brain with a history. The author invites us to become aware of this historicity and to instrumentalize it, relying on its semantics. Firstly, our brain is plastic because it receives form (like a plastic bag), although it also can give form (like in plastic arts or plastic surgery). Finally, plasticity also can annihilate any form (like plastic explosives). We therefore have a brain that not only creates and receives, but also challenges and potentially annihilates any form or model.

Malabou argues that in capitalism, this potential that plasticity provides to our brains is in practice replaced by flexibility. While plasticity allows us to adapt and adjust to the environment while simultaneously transforming that environment, what we experience in capitalism is a flexibility whereby we adapt to a given, immutable environment. This becomes evident in times of crisis (economic or health) when we are required to adapt to conditions of precarity and suffering to safeguard capitalist production. For this adaptation, neuroscientific rhetoric offers us, in addition to psychoactive drugs, an arsenal of self-help brain strategies with which to change your mindset to fit the demands of capitalist production. We are asked to adapt our flexible brains to a hostile environment, while at the same time the possibility of transforming that environment is suppressed.

It seems that the overcoming of the idea of a rigid, genetically modified brain has been replaced by the idea of an immutable reality that we can do nothing to change, the inevitability of capitalism, and the end of history.

If the idea of plasticity is hijacked by capitalism in its most radical form, neoliberalism, we must then reappropriate this category and externalize it so that our plastic brain shapes a worthy reality, rather than a miserable reality shaping our flexible brain. The modern capitalist system not only generates certain power relationships, but also creates a specific type of human being who sees these power relationships as natural. The formation of this human being is conveyed through the knowledge they have about themselves.

If we want to end capitalist power relationships, it will be necessary to critically review the knowledge about humanity that guides our being and existence in the world. Understanding that the diversity of forms of life on the planet exceeds the capacity of modern science to explain them, the search for universal and objective knowledge generates a very concrete and idealized model of humanity, beyond which absences and injustices are generated, as what is not thought does not exist.

Neuroscience and the idea that ‘we are our brain’ reveals these limits, and in its inability to encompass all forms of life on the planet under its theory, hides them. It is true that Malabou does not criticize the cerebralizing phenomenon, but rather assumes it in part, inviting us to become aware of our brain and its plasticity to do ‘what we want’ with it. Despite this limitation, this proposal helps to reveal the social and political dimension within the conceptual framework of the natural sciences, something fundamental to structure the fight against cognitive injustices, which normalize the social injustices generated by capitalist modernity.

In pursuit of epistemic and cognitive decolonization, we must decolonize the knowledge about the brain that defines our humanity, giving way to other knowledges and forms of humanity beyond the modern eurocentric and capitalist model. What then is it that we should do with our brains? How could we create a new way of understanding the brain that is liberating? We need not only an idea of the brain that enables us to overcome capitalist, colonial, and patriarchal oppressions, but also an epistemology that allows us to construct this new idea of the brain.

Cognitive justice involves a critique of how the relationship between cognition and brain is articulated. The knowledge that articulates this relationship, orients our brains to flexibly accept power relationships that subjugate us. We need a neuroscience in dialogue with other knowledges and far from the epistemic hierarchies of modern science and its regime of truth. Knowledges generated precisely in the struggles against capitalist oppressions by the subjects who suffer most from these oppressions, constituting a criticism and dialogue from positions external to modern science.

In this process, we can strategically appropriate concepts from neuroscience to reorient and give them a new counterhegemonic meaning, being careful not to become trapped within their categorical framework. Malabou’s proposal with the concept of plasticity could be one of many possible counterhegemonic appropriations that help us generate a new and liberating neuroscience, which would lead us to a new idea of the brain and humanity.