Last night 60 Minutes presented the work of Irving Kirsch. Back in 2004 one of us (Jon) wrote, “It remains to be seen how the mainstream press explains this “dirty little secret” to the American public, but so far it has received little airtime.” It is refreshing that a show like 60 Minutes has covered this.

Overall the show was very good. However, for anyone who has read Kirsch’s work the idea that this is new information was a little surprising, as he first showed that there was a minimal difference between SSRIs and placebos approximately 14 years ago. The other slightly misleading part of the show was how they presented those who “disagreed” with him. At this point even within mainstream psychiatry this is virtually a non-existent debate, and it is now well acknowledged that the difference between placebo and antidepressant drug effect is minimal. If you listen closely to the scientists who 60 Minutes interviewed to get the other side even they didn’t really disagree with Kirsch’s main findings.

The current state of the SSRI debate amongst Prozac’s proponents is as follows: At one end of the spectrum, some, such as Michael Thase, a clinical trial researcher and medication proponent, say that for every ten people taking an antidepressant the drug helps one person. At the other end of the spectrum there are those who argue that it helps three people. Or put another way: Are SSRIs effective for 10% or 33% of the patients that receive them? See: http://www.psychiatrictimes.com/clinical-scales/display/article/10168/48136

If everyone agrees that the true drug effect is minimal then what is the disagreement about? The argument comes down to the significance of these low efficacy numbers. There are some, like Thase, who take the public health argument, which goes as follows: The medication helps one (or 2) out of every ten people which might not sound like much, but if you give the medication to ten million people then you are potentially helping a million people. This brings up the obvious point about potentially giving side-effects to the other nine million people. Or most problematically: Do patients understand their odds when they start taking these medications?

In 1998, Kirsch compiled and analyzed data from numerous published studies that had compared anti-depressants to placebo. Kirsch’s meta-analysis found that the standard medications were only slightly better than placebo, and the difference was virtually insignificant. Not surprisingly the critics were harsh as Kirsch’s study called into question the entire rational and justification for the millions of anti-depressant prescriptions written every year. They claimed that Kirsch’s study was biased because of the studies he included in his analysis. So, in a stroke of genius, Kirsch, Scoboria, and Moore used the Freedom of Information of Act to gain access to all the studies that the drug companies had submitted to the FDA for the purpose of getting these drugs approved. They re-ran their analysis with the new data and again found that the placebo response was responsible for the majority of the effect. In the case of Prozac, the placebo response duplicated 89% of the drug response. Keep in mind that this was done with the companies own studies, so it is hard to find a more favorable database for the medications.

Where it got interesting was with the critics. The same issue of Prevention and Treatment that published Kirsch’s analysis of the pharmaceutical company data also published several commentaries-both pro and con. Kirsch’s critics did not argue with his main findings, instead they quibbled about the interpretation of the results. In their reply, Kirsch and his colleagues bluntly stated: “We are very heartened by the thoughtful responses to our article. Unlike some of the responses to a previous meta-analysis of antidepressant drug effects, there is now unanimous agreement among commentators that the mean difference between response to antidepressant drugs and response to inert placebo is very small.” One of the essays by a clinical trial researcher went on to explain that this miniscule difference between placebo and medication is commonly referred to by researchers, FDA reviewers, and a small group of critics as the “dirty little secret.”

In 2002, an interesting study in JAMA examined the effect of St. John’s Wort on depression and also seemed to confirm Kirsch’s results (2002, Vol. 287, p. 1807). The authors found that on most measures St. John’s Wort was no better than a placebo. This was blared out over the radio waves, prominently reported in the papers, and told to all Americans on the nightly news. Yet most of the early press accounts missed the more significant part of the story which was that there were three treatment groups in this study. Zoloft, one of the most common antidepressants, was also included in this study, and Zoloft was no better than placebo either.

It will be interesting to see how patients respond to these latest revelations on 60 Minutes. The facts have been around for a long time and are easily accessible on the Internet. But is this information passed along to patients when they are prescribed antidepressants? 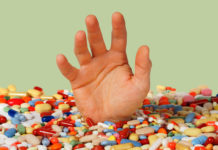