Yes, a psychiatric diagnosis can be a dangerous thing to have. But, these days, so is having any medical diagnosis. The names and words of the diagnoses themselves are not so much to blame for the harm. Rather, the harm comes through the ways the diagnoses are created and how they are used.

The dangers of medical diagnoses:

Sleep apnea:  A thin healthy young man is given a diagnosis of sleep apnea. He can no longer access health care. This “pre-existing condition” makes him ineligible for health insurance coverage unless he can find employment with a company that offers group coverage.

Hypertension:  An 89 year old man falls and hits his head on the curb because his blood pressure has been lowered to the newest standards.

A.D.H.D: A girl is not allowed to attend public school unless her mother  gives her pills that make her obese.

Schizophrenia: A woman’s “non-compliance” with prescribed antipsychotics could mean loss of  income, loss of housing and loss of her child into state foster care.

Why diagnose at all?

The process of categorization and naming of medical disorders has historically been used so that doctors could communicate with one another in a kind of verbal shorthand. Making a diagnosis was also done so that specific treatments could be targeted for specific illnesses. If you have a cough, for example, the treatment varies depending on the cause of your cough. If your cough is from a cold, the treatment is very different than if your cough is from lung cancer. Medical diagnosis has also been used to predict possible outcomes. The expected outcome from a cold is different than from lung cancer.

Lawyers and sailors, chefs and software engineers each have their own specialized vocabularies so they don’t have to continually explain everything in minute detail. Tort limits and  starboard, roux and router all impart specialized meanings to those working in their respective fields.

When the DSM III was being ushered into existence, I was in training. I questioned what it was good for. We already had the ICD-9 medical billing codes used by the insurance industry and Kraepelin’s diagnostic categories. This seemed enough for me.

When I asked my faculty supervisor about the utility of the DSM III, he explained that it was  a tool designed to be used by researchers. He told me the field of psychiatry was in its infancy with regard to the larger practice of medicine. We had few ideas as to the causes of the extreme states we were seeing. And there was no consistency in diagnosis. One psychiatrist’s diagnosis of schizophrenia was another’s diagnosis of mania.

He told me that we needed a book like the DSM III so that researchers could all be more clear that they were studying the same things. The use of these standard diagnostic formulas, he said, would move psychiatry along in a more scientific manner toward the mainstream of modern medicine.

I was taught that medical diagnosis, including psychiatric diagnosis, is based upon lists of both signs (things the doctor observes and measures) and symptoms (subjective experiences the patient tells the doctor about).

Congestive heart failure, malignant melanoma stage four and  rheumatoid arthritis are all defined by lists of signs and symptoms. The criteria defining each medical diagnosis is generally consistent but can evolve over time as medical information and beliefs change.

The DSM III looked a lot like standard medical diagnostic categories. It contained lists of criteria one could choose among to make each psychiatric diagnosis.

The (essential) history and physical

In medicine, it’s good to know whether the cough you treat is from a cold or lung cancer. The doctor must go beyond the presenting  symptom or complaint (“Doc, I have a cough.”) by way of collecting information through a history and physical. Doctors used to have time to collect enough information to have an idea of the cause (the diagnosis) of the presenting symptom before she would offer treatment.

This process of asking and examining is the same in behavioral, mental and emotional complaints. The person’s complaint (“Doc, I can’t sleep.”) was once clarified by collecting information through the history and physical. Sleep problems can be caused by many things.  They each require different treatments.  A person’s mood complaint (“Doc, I feel depressed.”)  was once thoroughly evaluated in the same way. A feeling described as depression can be caused by many different things.

A subjective symptom is not a diagnosis

Schedules are dictated by the medical services corporation a doctor works for. There’s no time to ask or look or listen. The thorough  history taking and physical examination has been left behind. This is true throughout medicine. These days it’s common for people with sleep complaints to be given sleeping pills, those with coughs to be given cough syrup, people with pain to be given pain relievers and those that report depression to be given antidepressants.

Without a diagnosis, the medical services company that employs the doctor often will not be paid by the insurance company.  If you see a doctor, a diagnosis will be made.

In medical care today, the patient’s spoken complaint (the subjective report of a symptom) is quickly translated into a “diagnosis”. This usually triggers the firing of at least one prescription. Many doctors have been reduced to quick-trigger cowboys, shooting both diagnoses and pills from the hip all day.

A diagnosis is no longer a professional judgment based on collected signs and symptoms used to direct medical advice and care. Without the underlying information and thought necessary to formulate a true diagnosis, it becomes a misleading label without clear meaning or medical utility. Rather than being part of a specialized language to aid in communication, diagnoses have devolved into words used to market pharmaceutical products and segregate health care.

People are injured when diagnostic labels are used to direct prescribing of prescription drugs.

People are injured when diagnostic labels are used to deny basic human rights. 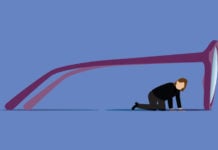