When I was admitted to a psychiatric hospital, the clear message I received from the mental health system was that I was ill. Everything that I said and did was caused by my illness. The horrendous abuse which I had disclosed “never happened” – even thinking it did was part of my illness. If the abuse did happen (one psychiatrist did believe me) then, in his words, “Pandora’s box should never have been opened”.

Because I was ill, “I needed to take medication.” The fact that I didn’t want to take medication was “because I was ill.” If I wanted to get better, I “must accept my diagnosis and take medication” and then they would give me welfare benefits and a free bus pass. I wouldn’t ever recover. I would always have this illness. I wouldn’t be able to work. I didn’t know what was best for me. I lacked insight. As mental health professionals, they all knew what was best for me, because they were the experts.

As far as I am concerned, I am not mentally ill. What my abusers did to me was sick. I have had a perfectly natural, human response to devastating experiences. Living with the knowledge of what was done to me, and the way in which psychiatry has added insult to injury by blaming me, is enough to drive anyone mad. My first psychiatric admission in 1993 was my last. I knew then, and I still know now, that to be in such a desperate state in such an unsafe environment was potentially lethal. Ironically, the place that was meant to provide sanctuary for me became the place that nearly drove me over the edge once and for all.

Sadly, my experience, like many people in the psychiatric survivor movement, is still all too common. Every week across the world, intelligent people are expected to accept discredited diagnoses for fear of being labeled as `lacking in insight’ and having treatment forced on them. Every week thousands of people are coerced into taking medication that they don’t want and which frequently does more harm than good. Every week, people are incarcerated against their will, “for their own good”. Fighting for the rights of people deemed mad, many who have already suffered more than enough, is the last great civil rights movement.

The recent furore surrounding publication of the new DSM has provided a much-needed opportunity to discuss and debate crucial issues about how we make sense of, and respond to, experiences of madness and distress.  Many psychiatrists, psychologists and other mental health professionals have expressed their dismay about the dominance and inadequacy of a biomedical model of mental illness.

Whilst we share these concerns, welcome these debates and support colleagues that are willing to take a stand, The Hearing Voices Network believes that people with lived experience of diagnosis must be at the heart of any discussions about alternatives to the current system. People who use services, are the true experts on how those services could be developed and delivered; they are the ones that know exactly what they need, what works well and what improvements need to be made. This is not just an academic or professional issue – it’s one that affects our lives. That is why we have launched this debate on DSM5 and psychiatric diagnoses.

IT’S THE BAD THINGS THAT HAPPEN TO YOU THAT CAN DRIVE YOU CRAZY!

The Hearing Voices Network in England has issued a position statement on DSM 5 and the wide issue of psychiatric diagnoses following last week’s debate on the need for a new paradigm in mental health services, reported largely as a ‘turf war’ between psychiatry and psychology. Concerned that this debate can all too easily sound ‘academic’ and miss the voices of the very people these systems impact upon – those diagnosed with mental health problems – HVN are taking the debate back to the people.

“We believe that people with lived experience of diagnosis must be at the heart of any discussions about alternatives to the current system.”

In their statement, the Hearing Voices Network (HVN) state that psychiatric diagnoses are both scientifically unsound and can have damaging consequences. HVN suggest that asking ‘what’s happened to you?’ is more useful than ‘what’s wrong with you?’.

Concerned that essential funds are being wasted on expensive and futile genetic research, they call for the redirection of funds to address the societal problems known to lead to mental health problems and provide the holistic support necessary for recovery.

This is part of a growing, international movement by survivors of the psychiatric system who are questioning the adequacy of a biomedical model to make sense of and respond to madness and distress (see: InterVoice Online, MindFreedom, PsycDiagnosis, Mad in America, Occupy Psychiatry, The Open Paradigm Project

HVN invites people with lived experience of diagnosis and their supporters to engage in a discussion about the issues and help plan a way forwards.

“People who use services are the true experts on how those services could be developed and delivered; they are the ones that know exactly what they need, what works well and what improvements need to be made. This is not just an academic or professional issue – it’s one that affects our lives.”

DSM 5, the fifth edition of the American Psychiatric Association’s Diagnostic and Statistical Manual of Mental Disorders – often referred to as the ‘psychiatric bible’ – has now been released in the wake of huge controversy and debate. The alternative classification system, ICD, is based on exactly the same principles. Some of the world’s most eminent psychiatrists have spoken out about the current system.The former director of the US’s largest funding body for mental health research, the NIMH, recently described DSM as ‘totally wrong, an absolute nightmare’. The chair of the DSM 5 committee admitted that ‘We have been telling patients for several decades’ that the biological causes of distress are about to be discovered, but ‘We’re still waiting.’ Another senior psychiatrist said, ‘Patients deserve better.’ In the UK, clinical psychologists have challenged the use of diagnosis and the ‘illness’ model.

The Hearing Voices Network, alongside many of our professional allies in psychology and psychiatry, has serious concerns about the way we currently understand, categorise and respond to mental distress . We also recognise the confusion that can be caused when accepted facts, often presented to service users as truths, are challenged.

We believe that people with lived experience of diagnosis must be at the heart of any discussions about alternatives to the current system. People who use services are the true experts on how those services could be developed and delivered; they are the ones that know exactly what they need, what works well and what improvements need to be made. This statement outlines the main issues, as we see them, and invites people on the receiving end of a diagnosis to have a voice in this debate.

Finding the best way to support those of us who are suffering and struggling to cope without relying on diagnoses and the existing system is a challenge. It can be hard to see what is possible when all we have known is what is available. Still, we want to engage people with lived experience of diagnosis and our allies, in a discussion to create a way forwards.

Our initial ideas include:

We want to know what you think. So, what has your experience been of receiving a diagnosis? What has your experience been of alternatives to traditional services, like peer support? What aspects of professional care have been helpful? Whilst we’re hosting this debate on our website, we want you to talk about it in your Hearing Voices Groups and down the pub. Get a conversation going and tell us about it on here. This is not just an academic or professional issue – it’s one that affects our lives.

Join the debate: leave a comment on this page 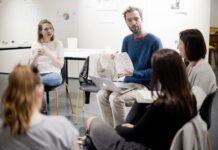 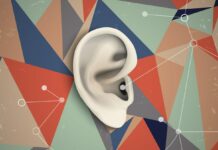