In my last blog, I talked about how I was attempting to cope with a “mini-relapse” without using psychiatric drugs. One Sunday morning in the midst of this episode I awoke in a particularly dismal state. I didn’t have a structure planned for the day. And without something to look forward to, both my anxiety and depression increased.

As I lay in bed, trying to convince myself to get up, the phone rang. It was a cycling friend, Sandy, calling to see if I wanted to go on a bicycle ride.

“Let’s take a spin up Rocky Butte,” she said, referring to the 550 foot butte located ten miles from my house.

“No problem,” I replied. “You are giving me a reason to get out of bed.”

I hung up the phone, arose, stretched, and got a quick bite to eat. Within the hour I was on my way to Sandy’s house.  By now, most people know that aerobic exercise has a positive impact on mood, and works as well as antidepressants in treating mild to moderate depression. When I told Sandy about my depressed state, she suggested that we climb Rocky Butte twice in order to get the maximum benefit from the mood-enhancing endorphins.

It took us about thirty minutes to cycle to Rocky Butte, and as I approached the start of the climb, I found myself needing to use the rest room. Fortunately, there was a church at the base of the hill, and since it was Sunday, the doors were open. I made my way towards the church, and saw the following sign posted on the front door:

Get connected?
Come inside to find connection.

At that point an elderly man and his wife opened the door and came towards us.

”Good morning,” I replied. “I was just reflecting on the truth of the words posted on the church door. I work in the field of mental health, and I have found that supportive relationships are a central part of mental health recovery.”

That’s right,” he said, “That’s why we and other church members are committed to reaching out to those parishioners who are isolated. In addition my wife and I have found that when we focus on helping others, our own problems don’t seem so bad. “

His comment reminded me of what author Tracy Thompson said in her memoir, “The Beast,”–that when we serve others we are released from “the prison of self.”

We chatted more with the couple, and then Sandy and I headed up Rocky Butte — a 1.4 mile climb with an average grade of 7-8%. When I arrived at the top in a sweat-filled jersey, I noticed that the fog in my brain was lifting.  By the time we finished the second climb, my mood had improved considerably. The combination my body’s endorphins and the interaction with Sandy and the couple had turned my brain chemistry around.

In his book Love and Survival: The Scientific Basis for the Healing Power of Intimacy, cardiologist Dean Ornish says this about the healing power of love and connection:

“I am not aware of any other factor in medicine — not diet, not smoking, not exercise, not stress, not genetics, not drugs, not surgery — that has a greater impact on our quality of life or incidence of illness.”

Ornish originally based his findings on studying people with heart disease, but soon he realized that human connection improved health in ALL situations. Again he writes:

Community. Connection. Fellowship. Wherever we find healing we find these, and wherever we find these we find healing. There was no cure for alcoholism until two drunks, Bill Wilson and Bob Smith discovered one night in Akron, Ohio that they could do together what neither could do alone — keep each other sober. What started out as fellowship between two people has become the fellowship of Alcoholics Anonymous. Each day, tens of millions of people gather together in AA and other 12-steps communities to mutually support each others’ healing.

What applies to recovery from addiction also applies to mental health recovery. One cannot overcome a disorder like major depression (or any dark night of the soul experience) by oneself. The weight of the suffering is too immense, even for the strongest-willed individual, to bear alone. Whenever I see people withdraw, isolate, or try to “beat the illness on their own” their symptoms invariably worsen. Conversely, when people take the risk and reach out for help, they open themselves to a healing force more potent than any known drug.

A year ago, a client of mine who had been struggling with depression and anxiety was about to have a child. He worried that he was not going to be able to help his wife care for the baby. I told him not to fret, that being with his son would give him the experience of what psychiatrist Thomas Lewis calls “limbic resonance” — “a symphony of mutual and internal adaptation” whereby two mammals become attuned to each other’s inner states and experience communal connection.”* This is what occurred after the birth. The bonding between Joe and his child redirected his attention away from his interior suffering and placed it on the care of his son. In addition, caring for his son imbued Joe’s life with a new sense of purpose and meaning.

I am not suggesting that having a child is a cure for mental illness. But the act of connecting with another being produces profound biochemical changes in the brain that promote healing.

In the Buddhist tradition it is said “Seek the Buddha (the state of enlightenment), seek the Dharma (the teachings that lead to liberation), and seek the Sangha (the community of seekers on the path).” Just as we cannot become enlightened alone, we cannot heal alone. We are meant to heal in community.  Our need for one another is both our greatest vulnerability and our greatest strength.

* See the book A General Theory of Love by Thomas Lewis, Fari Amini and Richard Lannon.

More information about the power of love and connection in alleviating the symptoms of anxiety and depression can be found at http://www.healingfromdepression.com

Click here to hear social neuroscientist Matthew Lieberman describe the biology behind how our brains engage with the social world.

From the editor:
Something relevant from Beyond Meds today: 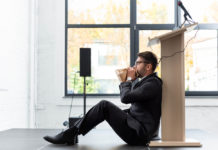 The Worst Thing: How My Mother’s Death Pushed Me to Overcome OCD 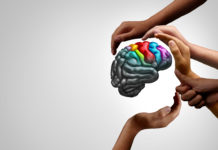 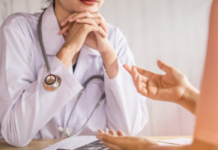