Critics have argued for decades, however, that most behavioral genetic assumptions, models, concepts, “laws,” and “discoveries” do not hold up under critical examination.2 In particular, these critics have shown that the key assumptions underlying genetic interpretations of studies of twins reared together, as well as those that underlie studies of “reared-apart” twin pairs, range from questionable to false. This also holds true for twin studies of psychiatric disorders.

Turkheimer, in this 2000 “Three Laws” article, wrote that it “is now possible for behavior genetics to move beyond statistical analyses of differences between identical [MZ] and nonidentical [DZ] twins and identify individual genes that are related to behavioral outcomes.” He believed that the completion of the Human Genome Project and subsequent behavioral molecular genetic research would produce one of two main results: (1) that behavioral geneticists would be “vindicated” by the discovery of genes that underlie behavioral differences and psychiatric disorders, or (2) that as the critics expected, genes for behavior are not found, which would support their argument that behavioral genetic twin and adoption studies are based on “shaky theoretical underpinnings.”3

Due to the subsequent failure to discover genes for behavior, it appears that the critics—not the behavioral geneticists—have been vindicated.4 Turkheimer himself was forced to admit in 2011, “Everyone assumed that once the human genome was sequenced the ‘genes for’ the phenomena that had been demonstrated to be heritable would be just around the corner, but it hasn’t happened.”5 In 2012, while continuing to support most behavioral genetic methods and theories, Turkheimer wrote that most people “would agree that [the] new era of human genomics has been a disappointment so far.”6 Or as some critics argue, the “genes for behavior” project turned out to be a colossal failure.

Nevertheless, in 2015 behavioral genetic researcher Christopher Chabris and his colleagues endorsed Turkheimer’s original laws, while ignoring his unfulfilled prediction of gene discovery. In support, they cited a 2015 meta-analysis of behavioral twin studies which, as I have shown, merely repeated and combined the acceptance of the false assumptions underlying all classical twin method studies, including the utterly false assumption that reared-together MZ and DZ twin pairs grow up experiencing equal environments.7 Ignoring these problems, Chabris and colleagues proposed an additional “Fourth Law of Behavior Genetics”:

4. A typical human behavioral trait is associated with very many genetic variants, each of which accounts for a very small percentage of the behavioral variability.8

“Behavioral traits” were defined as traits “commonly measured by psychometric measures” (for example, IQ and personality), “a serious psychiatric disease,” or “a social outcome, such as educational attainment.”

Chabris and his colleagues proposed their new “law,” interestingly enough, after decades of failure to find genes (genetic variants) of major effect that contribute to differences in human behavior. Like most researchers attempting, yet failing, to uncover genes for behavior, Chabris and colleagues interpreted these failures as evidence that behavioral variation must be caused by thousands of genes each with a very small effect, and that much larger samples are needed to flush them out. This has been the standard argument in behavioral genetics and psychiatric genetics for the past 15 years or so. In the process, the leaders of these fields reject the obvious conclusion that their results show that genes for most human behavioral differences and psychiatric disorders do not exist.

Although Chabris and colleagues recognized the general failure of candidate-gene studies and genome-wide association studies (GWAS) to identify causal genes, a failure that they attributed to these studies’ “insufficient statistical power” due to small samples, they highlighted a few supposed gene-behavior associations in support of their claim that genes will be discovered once larger samples are collected. They pointed to “a SNP designated ‘rs9320913’… identified in a recent genome-wide association study (GWAS) of educational attainment,” where the original researchers had established a “stringent” significance threshold. Nevertheless, this variant is “estimated to account for only 0.02% of the overall variability in educational attainment.” Clearly, the decision of where to set statistical significance thresholds is subjective, and can affect the researchers’ results and conclusions when conducting potential molecular genetic “fishing expeditions.” In addition, an association (correlation) between genes and behavior doesn’t necessarily mean that the genes cause the behavior.

The many important and interconnected social, political, psychological, and economic factors that contribute to a person’s level of educational attainment are obvious. In order to help society increase levels of educational attainment in the future, behavioral genetic researchers would do better to study the genetic variants of governmental leaders whose behavior leads to raising the cost of public higher education to astronomical levels (such as in the United States), versus the genetic variants of political leaders whose behavior leads to supporting low-cost or free higher education.

Chabris and colleagues also mentioned a widely reported 2014 schizophrenia molecular genetic study, whose authors claimed to have identified 108 schizophrenia-related genetic loci. In addition to the questionable relevance and importance of such studies, these results are likely to join those already residing in the vast “genetics graveyard,” currently inhabited by thousands of false-positive (non-replicated) claims going back to the 1960s.9

The second area of gene discovery claimed by Chabris and colleagues is a relatively new molecular genetic research method called “Genome-wide Complex Trait Analysis,” or GCTA (referred to as “GREML” by Chabris et al.).10 GCTA studies have shown mixed results, and are subject to producing false positive findings based on systematic error and a reliance on questionable assumptions, and on the validity of controversial concepts such as heritability. Another major problem in GCTA research is the failure to adequately account for genetic differences based on variation found among differing populations (population stratification), which introduces a potential environmental confound into GCTA studies.11

Molecular genetic researchers of behavior are in the business of producing genes, which they unquestionably believe exist and play an important role. They are not in the business of producing failure, and so they are compelled to create new explanations (such as “missing heritability”) and “laws” in order to justify receiving the large sums of money they need to continue their work. The scientific-looking “Fourth Law” uses language to transform non-discovery into discovery, thereby justifying careers, beliefs, and funding, while continuing to divert attention from the obvious and important social causes of human behavioral differences. As Joanna Moncrieff put it:

“We will likely never be able to fully account for why some people experience extreme mental states, but we know that poverty, unemployment, insecure attachments, familial disruption, low self-esteem, abuse etc. play a role for many. We would be better concentrating on how to eliminate these from our society if we really want to reduce the impact of mental disorder, rather that pouring more money into the bottomless pit of genetic research.”

Chabris and colleagues believe that their proposed law “explains several consistent patterns in the results of gene-discovery studies.” In reality, these patterns (misinterpreted in favor of genetics) have created only the illusion that such genes exist, enabling money to continue to pour into the “bottomless pit of genetic research.”12

Given the decades of gene finding failures, and the massive problems in behavioral genetic and psychiatric genetic research in general, I propose here a Fifth Law of behavior genetics—actually, the only “law” one needs to know in order to properly understand this field:

5. Behavior genetic Laws 1-4 should be ignored because they are based on many false assumptions, concepts, and models, on negative gene finding attempts, and on decades of unsubstantiated gene discovery claims.

I thank M.C. Jones for contributing ideas
incorporated into some areas of this posting/article. 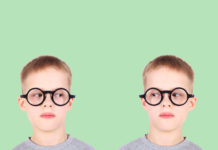 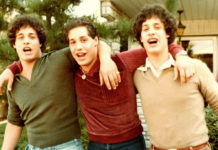