Different types of child abuse have equivalent psychological effects, according to a study in JAMA Psychiatry. It has previously been assumed that emotional and verbal abuse could have different or less harmful impact on a child’s psychology than physical or sexual abuse, but research now suggests that these forms of abuse can be just as damaging. 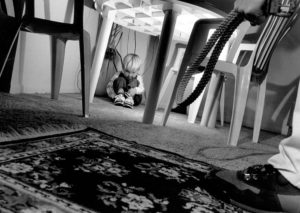 It is estimated that nearly forty percent of children worldwide suffer some kind of emotional abuse or neglect, referred to as child maltreatment (CM). Research has connected these non-sexual forms of maltreatment with a broad range of mental health problems, including depression, anxiety, eating disorders, substance use, and suicidal behavior. However, legal punishments for many forms of maltreatment largely vary, with some carrying felony sentences while others may be frowned upon but legal.  The standard “nonequivalence” assumption is that child maltreatment has less severe long-term psychological effects than physical and sexual abuse.

To test this hypothesis, a team of researchers led by David Vachon at McGill University studied 2,292 children enrolled at a summer camp between 1986 and 2015. The camp allowed for the children, who had previously suffered forms of maltreatment, to be psychologically assessed from multiple perspectives, including by their peers and counselors, over several years.

“Our results suggest that physical abuse, emotional abuse, and neglect are equivalent insults that affect broad psychiatric vulnerabilities,” they wrote.

The study is limited by the fact that there is no way to separate out the effects of childhood sexual abuse because it co-occurs with other forms of maltreatment and it is often underreported.

“Finally, population-level prevention and intervention strategies should not ignore the considerable psychological harms imposed by emotional abuse, which rival those of physical violence and neglect. Taken together with high worldwide prevalence and evidence that emotional and physical pain share a common somatosensory representation in the brain, it is clear that emotional abuse is widespread, painful, and destructive.”

The Abused Children to Bipolar Pipeline

Q&A: My Child Is Suicidal. What Should I Do?