Stimulant medications like Ritalin and Adderall, often prescribed to treat children diagnosed with ADHD, are known to cause hallucinations and psychotic symptoms. Until recently these adverse effects were considered to be rare. A new study to be published in the January issue of Pediatrics challenges this belief, however, and finds that many more children may be experiencing psychotic symptoms as a result of these drugs than previously acknowledged. 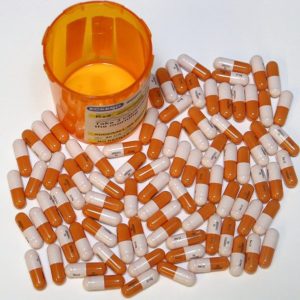 In a study of 141 children of parents who had previously been diagnosed with a mental “disorder,” the researchers found that a shocking 62.5% of youth on stimulants had psychotic symptoms compared to only 27.4% of those who had never taken stimulants.

ADHD has become one of the most commonly diagnosed childhood psychiatric “disorders,” and the prescription of stimulant drugs, such as such as Ritalin (methylphenidate), Vyvanse (lisdexamfetamine), or Dexedrine (dextroamphetamine), among others, has become increasingly common. Earlier this month new reports made headlines citing a 43% increase in school-aged children in the US diagnosed with ADHD. It is now estimated that 5.8 million youths in the US have such a diagnosis.

Several adverse effects are associated with the use of stimulants, including loss of appetite, sleep problems, growth suppression. A recent high quality systematic Cochrane review of the drug Ritalin found that the side-effects of the drug may outweigh the evidence of its effectiveness. Stimulants, which act on the dopamine systems in the brain, are also known to increase the risk for psychotic symptoms like hallucinations, delusions, and disorganized behavior.

The randomized control trials used to test the safety and efficacy of these drugs have estimated that only around 1-2% of children on stimulants have such a reaction. The researchers suggest that these are likely underestimates, however, as these trials tend to enroll participants that are healthier than the general patient population and psychotic symptoms are not usually assessed thoroughly. Researchers often rely on participants to spontaneously report these symptoms, leading to rampant underreporting.

To investigate the association between stimulant medication and psychotic symptoms in children and adolescents, the researchers, led by Dr. Rudolf Uher from Dalhousie University in Halifax, Nova Scotia, studied 141 children and adolescents enrolled in the Families Overcoming Risks and Building Opportunities for Wellbeing program. The program is designed to study the offspring of parents who have been diagnosed with severe mental “disorders.”

Among the children who had been diagnosed with ADHD, they found that 11 (65%) of the 17 treated with stimulants had experienced psychotic symptoms while only 4 (25%) of the 16 who were not treated had such symptoms. This analysis served to expel the possibility that the symptoms were arising from ADHD rather than the prescription drugs.

The researchers were also able to verify that the time the symptoms arose commonly coincided with the periods when the children were actively taking stimulant medications.