In a previous posting I described Swiss-German “Munich School” psychiatric genetics founder Ernst Rüdin’s long career as an advocate of racial hygienic (eugenic) policies in Germany, both well before and during the National Socialist era (1933-1945). I summarized the evidence pointing to the crimes that he and others committed in the 1930s and 1940s, which included the forced sterilization of hundreds of thousands of Germans, and his later involvement in the killing of adults and children labelled “defective,” “incurable,” and “feeble-minded.”1 I also documented Rüdin’s failure to produce scientifically valid evidence in support of his belief that psychiatric conditions are caused by inherited disordered genes, a failure that continues in psychiatric genetics to the present day.

A group of researchers headed by Gundula Kösters wrote an article in November, 2015 on Rüdin’s 1920s-era family study of “Manic-depressive insanity” (now called bipolar disorder)—a study that Rüdin never published.2 Following up on his (published) 1916 schizophrenia (dementia praecox) family study, Kösters and colleagues described Rüdin’s unpublished manic-depression study as consisting of “approximately 160 pages of unbound typescript, each chapter paginated separately, with Rüdin’s hand-written corrections, and numerous large-format, hand-written charts.” The study was referenced in a 1936 article by Munich-trained British psychiatric geneticist Eliot Slater, who wrote that “the investigations of Rüdin have never been published, and [therefore] cannot be criticized.”3

The main statistical method used by Rüdin and his colleagues was the “empirical genetic prognosis” (empirische Erbprognose), which involved calculating the probability that (presumably hereditary) psychiatric disorders would eventually appear in the biological relatives and descendants of people diagnosed with these disorders. These calculations, which were based mainly on family studies and family pedigree diagrams, produced age-corrected “morbid risk” percentage figures for various groups of relatives biologically related to the diagnosed “proband.” In these studies the researchers did not assess relatives blindly, did not use control groups, and used vague and differing definitions of the psychiatric disorder in question. Moreover, as Mary Boyle has argued, it is probable that many people labeled “insane” in this era suffered from undiagnosed or unknown medical conditions such as Parkinson’s disease, and a viral infection called encephalitis lethargica.4

Like their fellow eugenicists in the United States, who based many of their theories and policy recommendations on alleged “hereditarily tainted family lines” such as the “Jukes” and the “Kallikaks,” Rüdin and his colleagues committed the crucial fallacy of assuming that hereditary factors explain the finding that psychiatric disorders tend to “run in the family.” As most contemporary psychiatric genetic and behavioral genetic researchers now understand, behavioral characteristics and disorders can run in families for environmental (non-genetic) reasons, because family members share a common environment as well as common genes. This runs-in-the-family-equals-genetic fallacy was repeated by Slater who, lacking any twin or adoption data, believed that “it is fairly certainly established” that “manic-depressive insanity” is “inheritable.” He supported acceptance of the “simplest possible theory” to account for the condition running in families, which holds that “the inheritance” is based on “a single dominant autosomal gene.”5 Previously, the founder of modern psychiatry Emil Kraepelin had written that the condition appeared to be caused by a “morbid predisposition,” and that he could establish the presence of “hereditary taint” in about 80% of the cases he investigated.6

According to Kösters and colleagues’ description of the unpublished manuscript, Rüdin’s sample consisted of 661 German “probands” from 650 families, and included 4351 siblings in total. In 566 families both parents were “healthy,” and in 84 families one parent had an affective disorder. Rüdin compared the morbid risks he calculated in these families against “the proportions expected from a Mendelian crossing in order to prove Mendelian inheritance and thereby the inheritance of affective disorders.”

Kösters and colleagues, who discussed some of the crimes Rüdin committed in the National Socialist era, concluded that Rüdin decided against publishing this study because the results did not fit his theories of Mendelian inheritance, and failed to support his advocacy of eugenic policies:

“Rüdin’s 1922–1925 study on the inheritance of ‘manic-depressive insanity’ was completed in manuscript form, but never published. It failed to prove a pattern of Mendelian inheritance, counter to the tenets of eugenics of which Rüdin was a prominent proponent. It appears he withheld the study from publication, unable to reconcile this contradiction, thus subordinating his carefully derived scientific findings to his ideological preoccupations.”

Although Kösters et al. questioned Rüdin’s decision not to publish his study, they did not question psychiatric genetic methods and theories, and considered Rüdin’s research to be “reasonably sound” by today’s standards. They also did not question contemporary claims that bipolar disorder is “highly heritable.” However, as I showed in Chapter 10 of my 2006 book The Missing Gene, genetic claims in this area, similar to claims for other diagnoses, are shaky at best. Given almost 50 years of causal gene discovery claims that were not confirmed by replication attempts,7 we must assume by default that current gene finding claims are false-positive results as well, until proven otherwise. Kösters and colleagues could not name any confirmed gene discoveries, noting that “the search for replicable gene variants leading to the onset of affective disorders continues.” Nevertheless, it is axiomatic in psychiatry that genetic factors are involved in bipolar disorder, and that they play a predominant role.

As I showed in The Missing Gene, the widespread claim that bipolar disorder is “highly heritable” is based mainly on twin studies, and on two adoption studies. Readers of my previous postings are aware that I am critical of genetic interpretations of twin data in general, and of psychiatric twin data in particular.8 Genetic interpretations of twin studies are based on the utterly false assumption that MZ and DZ twin pairs grow up experiencing “equal environments,” and they are therefore invalid.9 The adoption studies are Julien Mendlewicz and John Rainer’s 1977 Belgian study, and a 1986 Danish-American study by Paul Wender, Seymour Kety, David Rosenthal and their Danish colleagues.10 Although these two adoption studies are cited in countless publications in support of the genetic basis of bipolar disorder, a close look at them suggests nothing of the kind. (A more recent study based entirely on Swedish registers and hospital diagnoses, which included adoption data, was published in 2009.11 This study showed an elevated rate of bipolar disorders among the adopted-away offspring of people with the same diagnosis, but is subject to many of the problems found in psychiatric adoption studies in general.12)

Mendlewicz and Rainer found a significantly higher rate of psychological disturbance and affective disorders among their “index” (experimental group) biological versus adoptive parents, leading them to conclude in favor of the importance of genetic influences on “manic-depressive illness.” They believed that a “comparison of adoptive parents of persons with a psychiatric disorder with their biological parents provides a unique opportunity to separate the interacting etiological roles of heredity and environment.”13

However, although overlooked by the investigators and most subsequent reviewers, a higher rate of disorder in the biological parent group is easily explained by non-genetic factors. This is because adoptive parents constitute a population screened for mental health as part of the adoption process. For reasons having nothing to do with genetics, we would expect to find less psychological disturbance among adoptees’ adoptive (rearing) parents —a population screened for mental health — versus adoptees’ (unscreened) biological parents, whose psychological distress may have compelled them or others to give up their child for adoption in the first place. As one group of psychiatric genetic researchers correctly pointed out, it is “unreasonable to infer a genetic component” from this comparison.14

Because Mendlewicz and Rainer’s finding of more psychiatric and affective disorders among their adoptees’ biological versus adoptive parents could reflect nothing more than adoption agencies having screened prospective adoptive parents for mental disorders, the study’s design is invalid on its face. In a rare dissenting view in psychiatry, psychiatric genetic researcher Elliot Gershon correctly observed that “comparisons of adoptive with biological relatives reveal little because of the careful screening that is traditional in adoption placements.”15

Leaving aside the invalid design of the study and the major issues in adoption studies in general, Mendlewicz and Rainer’s results do not support a genetic basis for bipolar disorder. Their biological and adoptive parents groups consisted of 57 parents each, and there were four bipolar diagnoses among the biological parents (7.0%), and one bipolar diagnosis among the adoptive parents (1.7%).16 This comparison is not statistically significant, meaning that the study found no difference in bipolar diagnoses between these two groups.17 This should have led the researchers (and the reviewers and editors of the prestigious journal Nature) to conclude that the study found no evidence supporting a genetic basis for manic-depressive (bipolar) disorder. Instead, these genetically oriented researchers illogically concluded, on the basis of their decision to create an “affective spectrum” that included several other diagnoses, that “the results demonstrate the importance of genetic factors in the etiology of manic-depressive illness.”18

But even after deciding to combine various affective disorders into a spectrum, Wender and colleagues still found no statistically significant results.21 To find such results, they decided to count “uncertain” cases. This after-the-fact juggling of diagnoses allowed them to conclude that “increased frequency of affective-spectrum disorder… has been found among the biological relatives of the adoptees with affective disorder. This finding is consistent with the hypothesis that genetic factors play a role in at least some of these disorders.”22 However, looking specifically at bipolar disorder, they recognized their “failure to find such a differential for bipolar illness” (italics added).23

Contrary to common claims in the mainstream literature, these two adoption studies do not come close to providing evidence that bipolar disorder (manic-depressive disorder) is caused by disordered genes. As Gershon wrote in 1990, understatedly in my view, “We would conclude that the adoption data do not provide a broad base of supportive data on the hypothesis that [bipolar] disorders are transmitted before the age of adoption.”24

Although psychiatric genetic studies in Rüdin’s era were unsound and biased for many different reasons, he at most showed that “manic-depressive insanity” runs in families, a finding that can be explained completely by non-genetic (environmental) factors. Like all other psychiatric disorders, whose validity and reliability already rest on shaky ground,25 there currently exists little if any scientifically acceptable evidence that bipolar disorder and other “affective disorders” have an underlying genetic component.

If Rüdin were alive today, it is likely that he would attempt to publish his manic-depression family study. Given the lack of accountability of how researchers conduct their studies before submitting them for publication, he would be able to redefine diagnoses and methods after the fact, choose statistical methods and comparisons to obtain the desired results, and then conclude that the findings fit his and psychiatry’s theories completely. Few psychiatrists would actually read Rüdin’s study, and instead would rely on textbooks’ and other secondary sources’ uncritical and often inaccurate descriptions of it. This has been the basic script of the bipolar disorder adoption studies, in addition to the famous yet massively flawed Danish-American schizophrenia adoption studies that I and others have described and critiqued in detail elsewhere, and continues today as the “state of the science” in psychiatry and psychiatric genetics.26 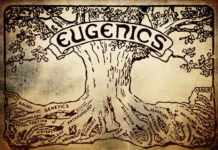 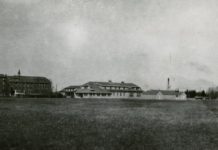 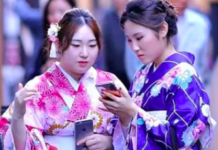 Knowledge of Other Cultures is Changing the Field of Psychology