At least one private company has begun offering services to allow parents undergoing in-vitro fertilization (IVF) to screen embryos for complex genetic risks with a procedure called polygenic embryo screening (PES). Although genetic testing of embryos for the risk of some severe diseases with known strong genetic links (cystic fibrosis or Tay-Sachs, for instance) has existed for decades, PES is a new form of screening that these companies claim can identify the risk for complex medical problems, including psychiatric disorders, that do not have specific known risk genes.

However, this approach lacks scientific validity and brings up a host of ethical issues, according to a new article in top-tier psychiatric journal Lancet Psychiatry.

“We are concerned that these tests are being marketed with limited empirical data behind them and virtually no scientific or ethical discussion. Without more research, it is unlikely that medical providers and the general public will have sufficient understanding to evaluate the pros and cons of this technology,” the researchers write. 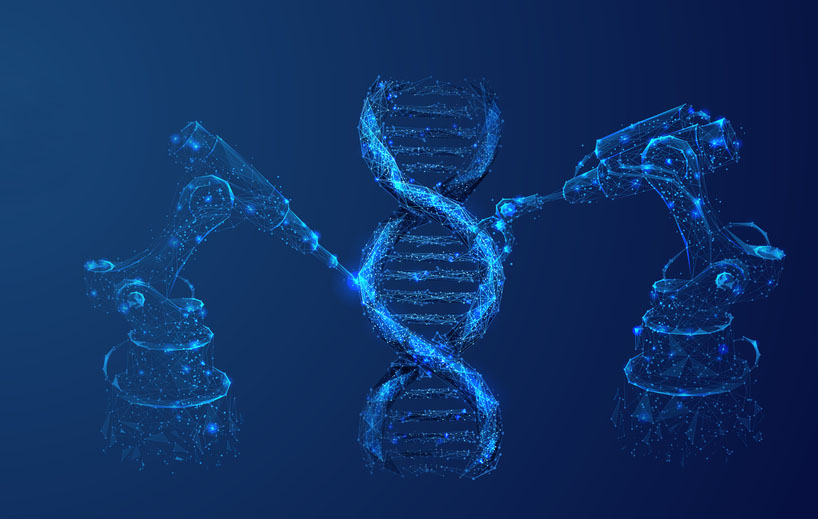 The authors were led by Todd Lencz, a prolific expert on the genetics of psychiatric diagnoses. Lencz leads the Laboratory of Neurogenomic Biomarkers at the Center for Psychiatric Neuroscience at the Feinstein Institutes for Medical Research. He is also the founder and leader of numerous groups of genetic researchers, called consortiums. The article was coauthored by 18 members of the International Society of Psychiatric Genetics (ISPG).

The researchers explain that PES uses polygenic risk scores (PRS)—combining the miniscule risk of thousands of genetic variants to arrive at a single number. The higher the number, the higher the risk. But a PRS does a poor job of estimating risk for individuals, and it is currently considered useful only for population-wide research. When dealing with an individual patient, it is clinically useless.

“Although in general higher scores mean you are more likely to have a condition, many healthy people will have high scores; others might develop the condition even with a low score. The accuracy with which a polygenic score can predict psychiatric illnesses, such as schizophrenia, bipolar disorder and major depression, is currently not sufficient for clinical use.”

The accuracy of a PRS, according to the researchers, depends on how well the condition is defined. So it is possible that for some medical conditions, the PRS could provide useful information. However, psychiatric diagnoses are infamous for being arbitrary labels which are created by committee and which don’t “correspond to reality,” according to prominent researcher Kenneth Kendler. And of course, they change every few years (usually expanding; about half of the population will meet the criteria for a psychiatric diagnosis at some point).

Indeed, the reliability and validity of psychiatric diagnoses are widely recognized as profoundly poor. According to philosophers of science, the profession consistently fails to use the scientific method and may even be completely “incompatible with hypothesis-driven theoretical science.”

According to the ISPG statement, PRS scores “measure just one of many possible risk factors,” and in the case of psychiatric diagnoses, the contribution of genetic factors is miniscule. Prior research suggests that genetic testing may explain less than 1 percent of mental health issues. Indeed, an enormous amount of research suggests that psychiatric disorders are highly dependent upon social and environmental factors, such as poverty, race, gender identity, and sexual orientation.

In the Lancet Psychiatry article, the authors note that “PRS for behavioral and neurocognitive traits are … especially sensitive to confounding effects of ‘genetic nurture’—the fact that the genes of parents also shape the environment in which the offspring grow up.”

In other words, even when traits are highly correlated with a specific genetic makeup, the correlation can be explained not by genetics but by environmental factors.

As historians of psychiatry and other researchers have noted, psychological science itself is rooted in racism. Thus, the very taxonomy and symptomology of psychiatric disorders reflects white supremacist ideas of “mental health.”

Thus, the researchers worry that the practice of screening embryos for “bad genes” to root out mental difference is a continuation of the US’s long and storied history with eugenics. And because, as the authors note, “there is no regulation about which conditions or traits can be screened for in the USA,” there is no limit to the ideals of genetic purity that can be packaged and sold as “health” to private consumers.