“The pharma industry loses tens of billions in worldwide sales each year when patients don’t fill, or refill, their prescriptions,” Rebecca Robbins reports for STAT. So companies are now investing in smart pills that alert prescribers when doses are missed, providing gift cards to thank patients for compliance and even lobbying the government for permission to pay pharmacists to encourage patients to take their pills. 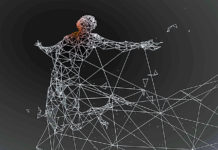