In 2015 I wrote an MIA article called “Medication Mechanization: Microchip Sensors in Abilify to Increase Medication Compliance.” The article warned about the FDA considering approval of a new form of Abilify that carries a microchip inside to send digital information about its time-stamped ingestion to prescribers, and also potentially to family members and legal authorities.

The FDA approved the prescribing and sale of this new hi-tech compliance-monitoring “antipsychotic” drug this week. I believe that this new Orwellian pharmaceutical instrument of invasive individual and social control will serve to usher in an even more desolate landscape of oppression and human suffering.

I’ve been a dissident therapist with lived experience of extreme states in the SF Bay Area since 1980. I’ve seen the growing unified political power of NAMI, the APA and its disease model paradigm of psychiatry, plus the cash flow from Big Pharma, totally destroy the existence of compassionate, medication-free sanctuaries for people in extreme states — places like Soteria House, IWard, and Diabasis House. All three of those sanctuaries were actually open at the same time here in the Bay Area. My blog “Remembering a Medication-Free Madness Sanctuary” tells of my years serving at the IWard sanctuary, and about my research on Diabasis House and my connection with Loren Mosher of Soteria too.

For some years recently I’ve been involved with an RD Laing-inspired group called the Gnosis Project, that is just now starting up an off-the-grid in-home support service for people in extreme states, as well as planning the opening of a Laingian style 24/7 residential sanctuary. The Gnosis Project group is led by fellow MIA blogger and good friend Michael Guy Thompson, who worked with Laing in London for several years.

Our efforts on the Gnosis Project are bolstered by many volunteers and yearly large public weeklong events at Esalen Institute focusing on the living legacy of RD Laing. But as we passionately work to bring heart-centered resources forward, the conditions here in Northern California for people trapped in the various county and state mental health and prison systems are growing bleaker by the day.

So, these are some of my personal concerns about the deteriorating human rights situation for people in extreme states here, that are now multiplied by my profound fears about how the new digital Abilify will be used as a powerful weapon to even further trap, demoralize and abuse vulnerable people.

I see that tragic injury coming not just through the emotion-neutralizing drug effects themselves, which have been documented here on MIA by myself and many others (see my “Enslaved to Abilify” blog). I also see tragic personal injury coming via its supporters’ treacherous intent. They intend to use the new digital monitoring form of Abilify to control people’s “antipsychotic” dosing compliance from inside their own bodies, something that I believe would even make dystopian visionaries George Orwell and Aldous Huxley shudder.

Conditions are very ripe for such oppression in California right now, because there is an even more oppressive mental health services “best practice” model and standard of care for people in extreme states that is emerging based on forced in-home treatment or AOT.

Like California, almost every state now has some version of in-home compulsory court-ordered medication treatment based on state law, so that medication compliance for people in extreme states in the community can be ordered by the court.

In California the governing statute is called Laura’s Law. It’s based on New York’s Kendra’s Law, where the police can and do actually show up at the door in New York to escort the “patient” to the clinic for their antipsychotic medication injection if they have not kept their medication appointments.

It’s very ominous that under California’s Laura’s Law, Alameda, Contra Costa, Marin and San Francisco counties in the Bay Area, and many other California counties including giant LA County, have chosen the option of forcing people to take meds in their own homes or be in violation of a court order.

That powerful political alliance recently succeeded in getting the majority of county supervisor votes to secure compulsory in-home medication in San Francisco and both Oakland and Berkeley in Alameda County — arguably three of the most politically progressive cities in the United States!

That alliance is the relentless juggernaut we’re up against. It has tenaciously fought for and won almost every political battle for forced in-home medication all across the United States.

In addition, that alliance has recently won a huge victory because the US Congress that they’ve relentlessly lobbied for decades has finally responded with the recent 2017 passage of the historic Murphy mental health care legislation. This legislation ramps up the coercion for such compulsory community treatment by tying funding via federal dollars with requirements that states and counties have such legally mandated programs in place.

The compliance-monitoring microchip Abilify is designed to give medication prescribers, NAMI family members and courts the hands-on power to address the fact that 74 percent of people in extreme states who are prescribed “antipsychotic” medications have stopped taking them by 18 months, as a major research study recently confirmed. From their perspective, this is unacceptable.

Tremendous pressure, I believe, will also be exerted by mental health care providers for people to voluntarily accept taking the new digital Abilify. I see that pressure being put on people seeking discharge from in-patient units, and pressure will be put on people in extreme states or with such histories, who will be involved anywhere on the spectrum of community mental health services and in jails and prisons too. In both mental health and penal systems, medication compliance, not providing humanistic care, is clearly the highest priority.

How the very crucial need for alternative resources like the Laingian Gnosis project and the many other fine resources like Open Dialogue stands out against the very grim and Orwellian reality of a regimen of forced in-home medication treatment or voluntary submission to a regimen of compliance-monitoring Abilify.

The oppressive treatment is really an emotion drowning mistreatment. It’s a morally bankrupt approach that ensures a soul-numbing, hi-tech compliance-monitoring device be in the digestive tract of every DSM-labeled person in an extreme state, in order to keep them in line. It forces the controlling psychiatric adversary to be there within our very guts in the form of every single digitized Abilify capsule that we choke down and swallow.

People who would want and need to control other people in such ways often are limited by their inability to find a powerful way to do it.

Power is always potentially dangerous, as we are reminded every day that we look at the news.

This week the FDA, the government agency mandated and funded to protect us from harmful substances and drugs, made history.

I’m marking my calendar. This week in November 2017 a new chapter in human darkness descended — one that is applauded by the alliance of control addicts that made it happen.

As would be expected with these kinds of morally sinister social engineering projects, the rise of the internalized controlling power of the state to now both dwell in and monitor the inside of our very bodies was celebrated as a victory of reason, of light and of the most well-intentioned generosity by the victors who got their wishes fulfilled this fateful week. 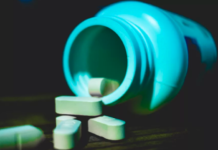 Your Pills Are Spying On You 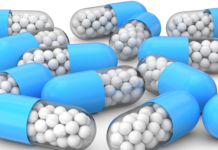 FDA Approves Pill That Digitally Tracks if Patients Have Ingested it