A new study out of the University of Manchester found that personalized exercise programs significantly reduced the symptoms of young people suffering from their first episode of psychosis. Researchers also conducted an accompanying qualitative analysis and found that the participants experienced improved mental health, confidence, and a sense of achievement and felt that autonomy and social support were critical to their success. 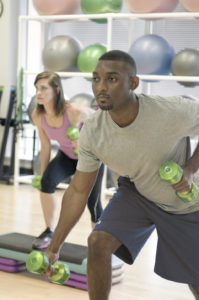 In a release, Joseph Firth, the lead author of the study, wrote: “Establishing an exercise regime for people with psychosis is likely to be much more effective when they are younger, and in the earliest stages of treatment. Getting people into a routine early on also helps set habits for life, which can make a huge difference to their long-term physical and mental health.”

The study included thirty-one participants between the ages of eighteen and thirty-five who had been referred from a mental health program after experiencing their first episode of psychosis. The researchers worked with the research team to design personalized exercise routines. The routines were carried out over ten weeks, with each training session monitored by a researcher.

“Personalizing exercise training to the activities which patients find most motivating helps them stick to their program,” Firth added.

At the conclusion of the ten weeks, the participants had surpassed the target amounts for exercise, completing an average of 107 minutes of training each week. When compared to a control group who had received standard care, the exercise group showed significantly better outcomes.

Those who participated in the weekly exercise program showed a 27% reduction in psychosis symptoms and also showed increase brain function and reductions in body weight.

The qualitative feedback from the participants themselves has also been published this month in the journal BMC Psychiatry. The researchers identified three overarching themes in their analysis of the participant interviews. These were: (a) exercise alleviating psychiatric symptoms (b) improved self-perceptions from exercise, and (c) factors determining exercise participation.

“The findings show that interventions which allocate support on an individual needs basis while also prioritizing the amount/intensity of exercise (rather than the modality), are well-suited for people with early psychosis/” the researchers conclude. “Such interventions could be used in [early intervention] services to provide patients with an additional tool to manage positive and/or negative symptoms, while also improving physical health and psychosocial functioning.”