John Ioannidis claims that the idea of evidence based medicine has been “hijacked to serve agendas different from what it was originally aimed for,” in a newly published critical essay in the Journal of Clinical Epidemiology. Ioannidis frames the essay as a continuation of a conversation with David Sackett, widely considered the founder of evidence based medicine (EBM).

“Now that EBM and its major tools, randomized trials and meta-analyses, have become highly respected, the EBM movement has been hijacked. Even its proponents suspect that something is wrong. The industry runs a large share of the most influential randomized trials. They do them very well, they score better on ‘‘quality’’ checklists, and they are more prompt than nonindustry trials to post or publish results. It is just that they often ask the wrong questions with the wrong short-term surrogate outcomes, the wrong analyses, the wrong criteria for success (e.g., large margins for noninferiority), and the wrong inferences, but who cares about these minor glitches?”

In an interview with Retraction Watch following the essays publication, Ioannidis adds:

“As I describe in the paper, ‘evidence-based medicine’ has become a very common term that is misused and abused by eminence-based experts and conflicted stakeholders who want to support their views and their products, without caring much about the integrity, transparency, and unbiasedness of science.”

You can read the full interview here→

Ioannidis, J.P., 2016. Evidence-based medicine has been hijacked: a report to David Sackett. Journal of clinical epidemiology.(Abstract) 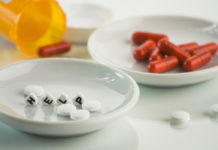 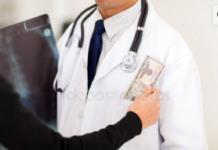 Kick Big Pharma Out of the Classroom