This week’s issue of the New Yorker examines the treatment of people diagnosed with mental health issues in Florida’s prisons. The horrifying stories of prisoners tortured, killed by guards, and driven to suicide while staff looked away reached the public only through the work of investigators and whistleblowers. 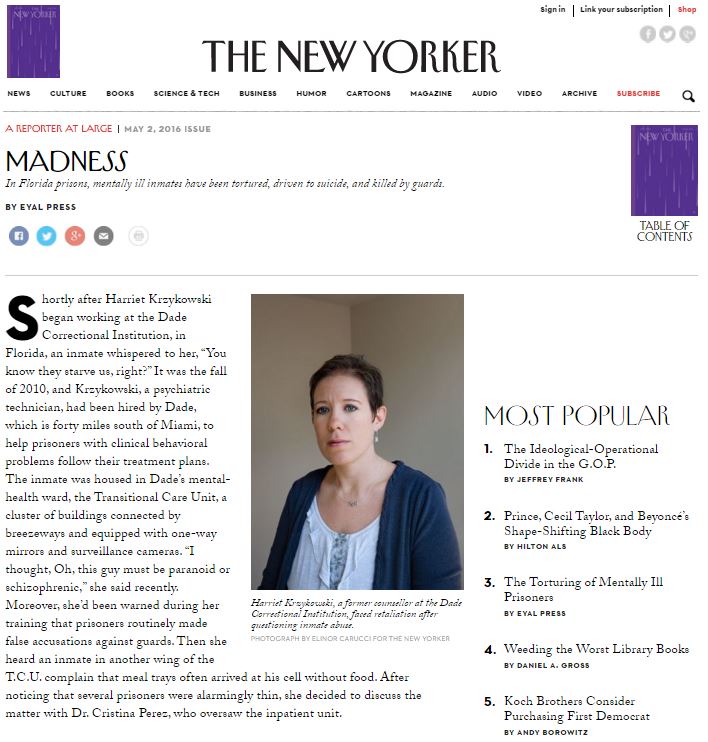 Release Prisoners from the Psychological Torture of Solitary