The hearing for Bill H4062: Informed Consent for Benzodiazepines and Non-benzodiazepine Hypnotics took place on Monday, April 4 at 1PM at the Massachusetts State House in Boston, MA – in the middle of an April snowstorm! The committee hearing the testimonies will be reviewing all of the written testimonies of the people unable to attend the hearing, and will then decide whether or not the bill moves forward to the House and Senate. The discussion, parts of which you can watch in the video below, clarified some important points in the legislation and gave survivors an opportunity to tell their stories.

What is this bill about?

Benzodiazepines are a class of drugs which include commonly known brand names like Ativan, Xanax, Klonopin, Valium, and Restoril. Generics include lorazepam, alprazolam, and clonozapam. Non-Benzodiazepine Hypnotics are Z Drugs, otherwise known as sleep aids, which include zolpidem, eszopiclone, and zaleplon, with brand names like Lunesta, Sonota, and Ambien. There are thousands of people who take these drugs successfully, with no problems, but there are also many who end up dependent on and/or severely injured by the drug’s effects; some are even disabled. And this is taking the drug AS PRESCRIBED. Many of these patients were never educated about these risks by their doctors. To learn more about Bill H4062, and to read the specific proposals, please see my earlier summary available here.

What happened at the hearing?

There were testimonies from 14 proponents which included Representative Paul McMurtry (the bill’s initial sponsor), benzodiazepines survivors, caretakers of survivors, and a testimony by Richard Lewis, Mad in America blogger who has extensive professional experience in the fields of mental health and addiction. Janet Kraft, a benzo survivor, took the day off work and traveled from North Carolina to attend this hearing. Heather Solimine, also a benzo survivor, left New Jersey at 7:30am on the day of the hearing and arrived in Boston just in time to testify. Heather’s drive took longer than expected because of the snowstorm, but she was determined to attend.

The committee has also received hundreds of emails (written testimony) from survivors, caretakers, and doctors from around the world, all imploring the committee to support this bill. The committee is accepting emails and personal stories until Monday, April 11. If you have not had the chance to reach out, you still can! You can find the details here under “What you can do to help“.

There are also those who are pushing back against this informed-consent legislation. At the hearing, a lobbyist gathered five doctors to testify against the bill. Of these five doctors (Dr. Jerrold Rosenbaum from MGH, Dr. Carl Salzman, Dr. Gregory Harris, Dr. Ed Silberman from Tufts, and Dr. Karsten Hueppenbender), four are practicing psychiatrists and one is strictly an academic psychiatrist.

The testimonies from these doctors expressed concerns that this bill would inhibit doctors from prescribing benzodiazepines to patients who may be helped by this class of medications, especially those living with anxiety. This bill does not restrict the prescribing of benzodiazepines, however. It is strictly focused on informed consent, patient and doctor education, and safe tapering protocols.

They expressed concern over a portion of the bill requiring doctors to use brightly-colored prescription pads, or stickers on the prescriptions, to alert patients to the potential dangers of benzos. One doctor stated that using this colored prescription pad specifically for benzodiazepines would be inconvenient. The committee rebuked this comment, saying that patients deserve to know if they are receiving a dangerous drug that could cause dependence.

One doctor claimed that it was not right to “single” benzodiazepines out, and that other drugs, like stimulants, for instance, should have the same regulations. This argument is equivalent to saying, “we shouldn’t regulate heroin until cocaine is regulated.” We need to start somewhere. Another concern was that patients with anxiety face stigma, and having a prescription that “sticks out” would increase stigma.

A few of the testifying doctors had seen patients who experienced post-acute benzodiazepine withdrawal and said that they had no explanation for this reaction. Others claimed that they had never seen post-acute benzodiazepine withdrawal in their decades as a psychiatrist. This is a good example of the lack of consistency in prescriber education and understanding of benzodiazepines. The fact that a few doctors who testified had seen patients suffer from post-acute benzodiazepine withdrawal, while others didn’t, seemed to highlight the point of diversified understanding and education. There are far too many situations where doctors fail to recognize the symptoms of benzodiazepine or psychiatric drug withdrawal and end up diagnosing a patient with a worsening “mental illness,” then treating that “emerging illness” with more and more medications. When doctors and psychiatrists are working independently, universal quality care is often lost. This bill would force consistency of care, and save some patients from unnecessary suffering by providing a basic consent form informing them of the risks of this class of medications.

The doctors also claimed that benzodiazepines are safe and effective, but most were in consensus that benzodiazepines are not safe for long-term use.  One committee member responded, telling those present that, three years ago, a psychiatrist had pulled her aside at a similar hearing about opiates, claiming that opioids were safe and did not need further restrictions. And, she added “look where that ended up.”

The committee also made the point that while these particular doctors might not prescribe benzos long term, and while they might be meticulous in their prescribing practices and always inform the patient of risks, other prescribers in the state might not be as careful. Three of the doctors stayed after testifying to hear the testimonies from survivors. A few doctors even stayed to talk with survivors after the hearing was over.

The proponents of this bill listened politely to the physician’s testimonies and were able to respond to their claims when they had an opportunity to speak. Gardiner pointed out that she specifically told her doctor that she was experiencing post-acute benzodiazepine withdrawal from taking Klonopin 3x/day for one month. Her doctor said that that was impossible. If her experience was an impossibility to her prescriber, then how would her prescriber ever be able to diagnose someone in post-acute withdrawal effectively? John Zielin, my dad, who spoke on my behalf, mentioned how my prescriber had misdiagnosed my symptoms of tolerance to benzodiazepines as a “worsening mental illness” and then attempted to “treat” this with a powerful mood stabilizer.

There were a lot of tears at the hearing. The personal testimonies from survivors and caretakers were poignant, honest, vulnerable, and moving. This is the first time that the “benzo community” has had the opportunity to openly tell their stories in a platform that could influence legislation so that other people will not get harmed by prescribed benzodiazepines.

I was so proud to be there and witness the courage, camaraderie, resilience, advocacy, and vulnerability of fellow survivors. This is the first time I have met these people, who I’ve talked to online for years, and who I consider dear friends. This is the first time I have visited Boston since coming off benzodiazepines several years ago, so it was a personal victory, as well.

Testifying was cathartic, both for the individuals and for the “benzo community” as a whole. This legislation is our chance to be heard. As one survivor said, through tears, to the committee, “Do not let my suffering be in vain. I beg you to pass this bill.”

Let’s keep the momentum up on this bill by sending our stories. Reach out to Massachusetts representatives, senators, and governors and ask them to vote yes on this bill.

Making this Massachusetts law a reality is just the start. Other states could adopt this law, and eventually, it could move onto the federal level. Let us communally tell our stories; it is our time to be heard, and to use our experiences to protect other unsuspecting patients.

The entire hearing was filmed for the documentary, As Prescribed, which highlights the dangers of benzodiazepines and the epidemic of over-prescribing.

Thank you for your support – together we can make this bill a reality! 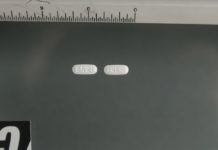 Unsafe Use of Sleep Drug Zolpidem is Common