A groundbreaking article for The Province is “sounding the alarm over the heightened risk of death linked to the use of psychiatric drugs.” They report on two studies, published this month, that studied the connection between benzodiazepines and mortality. “The interesting thing about this is that it’s a prescription drug and people think they’re safe,” a doctor told the paper. “But as it turns out, we’re probably prescribing these drugs in a way that’s leading to harm.” 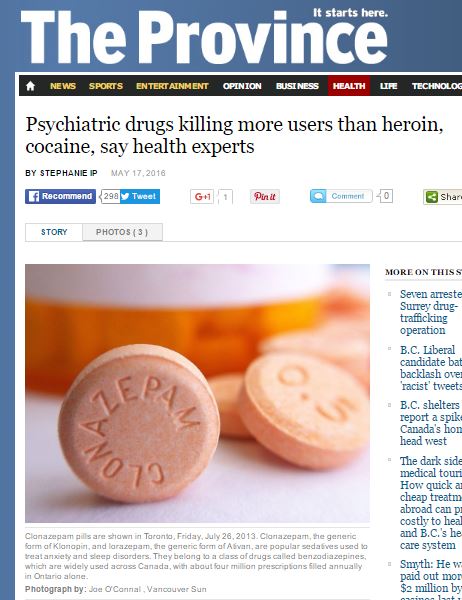 Drug May Lead to Early Death for People With Alzheimer’s