I have these epiphanies sometimes, upon awakening. Well, it’s not exactly awakening. It’s more like several voices having conversations, with layers of other sensory experiences happening at the same time, while my body lies in a sort of impassive state. I’m not aware of having a body at these times. At the stage of reaching an epiphany, I shoot up out of bed with a visual phrase, something that feels vital. Most of the time, from there, I can just get on with my day. I often have an overwhelming urge to write these epiphanies down; then I remember how impossible it is to try to transcribe the experience after the fact, and I tend just to give up before I start. This morning I hit on something, though, and I want to try again. So I’m going to try and rewrite my steps, stay on track, and get this down. This feels important. I feel ready to try again.

So, part of the conversation was these intense feelings of anger. All this work that I have done for the “movement,” for change in the way “mental health” is seen as an issue, for change in the system that damages and tramples the basic human dignity of so many; the system that further (albeit unintentionally) destroyed an already wrecked version of “me.” I’m still not at peace with that system, with who “I” was, or who “I” am. In my impassive state this morning, a part of me was expressing rage and hatred for what I felt the people in this “movement” have done to me.  These are the same people that most of me consider my brothers and sisters, the people fighting for change alongside me. And yet I felt that I’d been asked to fight alone. I was angry at my brothers and sisters because, after spending nearly ten years fighting for change, I feel more isolated than I’ve ever been.

I’m burnt out on this impossible work, my body is rejecting me with all sorts of complex health problems, I’m still struggling badly financially. I feel like they took every drop I had to offer and sucked it out of me, then dropped me to rot or be eaten by the wolves out here in this place where there’s such resistance, and such distance between my “selves” and anyone who understands, as “I” do, the injustice of it all.

I am a person labeled with “severe and persistent mental illness,” and so I have been trying to break the cycle of oppression that comes with a label like that. At the same time, I am trying to find ways to heal and to accept things about myself that are different from others, while also seeking to raise up my brothers and sisters in this desolate and dark place. Many of them have been so broken and oppressed that they can’t see how wrong the way they are “treated” really is.  I get that. We’re told to believe they are helping us, that we’re completely useless, that we’re incapable of success, that we should lower our standards for what we can dream to accomplish in life.

Part of the thing about this impassive state is that there’s a lot happening in a short period of time; it’s not just an audible state for me but a full on warp of all things sensory. It’s jammed with intensity, and it’s hard to express linearly. As I lay in this state, I began to see a vision of myself as a maybe 50-something African American man, walking down a dirt street in a shanty town somewhere in the south just around the time when the civil rights movement for my people was in full swing. I was this guy I was seeing. I was walking down the dirt street – smells, sights, and sounds included – and I remember thinking that I had taken great care to be clean and groomed. Dressed in a mismatched threadbare suit, wearing a twill cap, doing all I could to look my best – though still obviously not on par with the affluence of the whites in neighborhoods of completely different character, with clothing of completely different price range, living so near and yet so far from me in nearby neighborhoods with paved streets and big fancy houses with white picket fences.

I was more than that, though. I was a man fighting for change, assisting my people in rising, in seeking equal rights (though I’m not sure that I, as this man, would have phrased it like that).  My body hobbled, the pains of the good hard life I had lived; was living.

This guy I was in, suddenly he realized something inside me, something that made me shoot out of bed – it’s not my brothers and sisters who have caused this pain and strife in me. I’m not angry with my brothers or my sisters in this “movement.” It’s this fight that’s hurting me, breaking me down until I feel like I can’t go on anymore; it’s the world pushing back on me, the constant fear I live in while speaking out at the injustice I face.

Upon shooting out of bed, and coming back into “myself,” there was this phrase of the morning’s epiphany: “Of course, I’m fighting for change!”

So, I began the rest of my day from there. Some people in the world have ingrained in them a willingness to perceive fully injustice, and an almost overwhelming need to speak out against it, to fight for change. I know I was like that from a very early age, even though it’s always gotten me in a lot of trouble. I can’t stop myself from speaking out, even when I know the consequences will be painful, prolonged, and isolating. I can deal with pain. I can deal with isolation. What I can’t do is keep quiet about injustice.

So I’m fighting this battle for change even though I quite literally feel like it’s killing me, even though the physical and emotional pain is fairly well constant, even though I rarely speak about that (complaining about the consequences doesn’t fall under the same category as this overwhelming urge to fight for social justice). I fight even though the isolation and abandonment I feel is only occasionally broken by one of my brothers or sisters randomly reaching out, even though it’s usually because they need something from me – none of this can stop me from fighting, and any animosity that any part of me has for my brothers and sisters who are fighting alongside me is misplaced. They are not the cause of this; they are my fellow casualties. This war is slowly killing all of us, even those who don’t have the awareness to fight.

There is, and always has been, resistance to change. That is what is killing us. It’s not any one person, or group of individuals, or even corruption in politics through corporate interests.

The people, many of them so broken down and preoccupied that they may believe that the need for change doesn’t exist, or that it’s someone else’s problem – the majority instantly awaken if this resistance to change fades away.  They see how everyone and everything is connected; there is no longer a need to fight once resistance is gone. We regain our humanity and our understanding. We see clearly that the order of things has veered so far off course that we are all in danger of imminent demise.

All of the fights for justice are connected. Someday we will see that we were all really fighting for the same change, though life’s direction may have placed us on different fronts.  The people behind the power and influence that fight so hard against change may one day begin to open their eyes. They may see how the war they were so desperate to win, the people they were so desperate to silence, the world that seemed to dance for them – all of this was a blinding illusion, and the truth is that they were acting as the harbingers of death, ushering in an age that even they themselves could not survive. They were the proverbial lemmings in the lead, feeling powerful as they influenced the course of all those behind them, not realizing in their egomaniacal state of power and control that the vital truth they were missing was that they had no idea where they were running to.

So it’s the fight for change that’s really killing me, and the culprit has no face, the culprit is the phenomenon of resistance to change. I don’t know if I’m more frustrated now, or less. I do know that this epiphany felt important, well beyond me. Though I don’t know what I’ll do with it now. 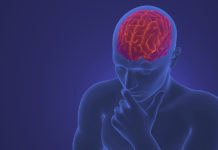 Psychiatry: The Brain is a Malignant Tumor! 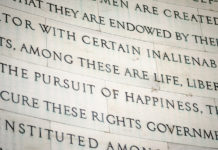 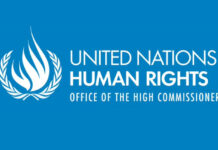