The Washington Post reports that “a Maryland man was found not criminally responsible for shooting his wife in the neck in their home in 2014 because he was found to be suffering from ‘involuntary intoxication’ due to Chantix.” More than 2,000 people have joined in lawsuits against Pfizer for psychiatric problems including suicide and suicidal thoughts associated with the drug.

“Pfizer, the maker of Chantix, has denied that the drug has any neuropsychiatric effects. But McClatchy News Service reported in 2014 that more than 2,000 people had joined in lawsuits against Pfizer for various psychiatric problems, including suicide and suicidal thoughts. Pfizer settled most of them for an estimated total of at least $299 million.” 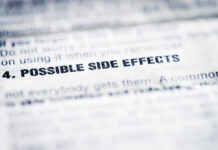