In 2004, the American Psychiatric Association published a paper supporting the use of the antidepressant citalopram (Celexa) in children and teens. After reanalyzing the data, however, researchers found no difference between the drug and placebo. It also became evident that the original study misrepresented the data and was ghostwritten, in large part, by industry insiders. Journal editors continue to refuse to retract the original study in the face of rampant criticism, and, as a result, the paper continues to be cited uncritically. 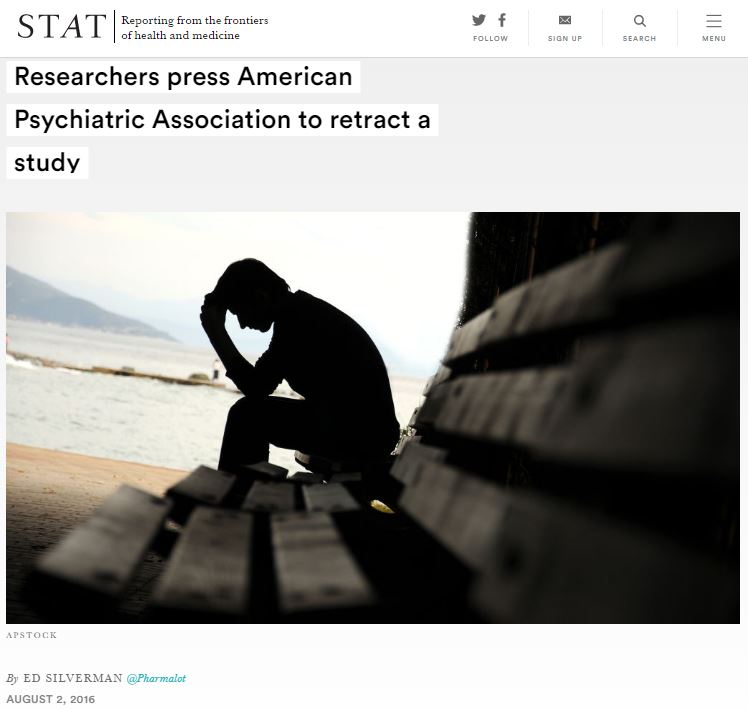 I Took My First Antidepressant, and the Effects Were Frightening