It’s been a long time since I posted on this site. Now that my LLM program is finished, I am back at CRPD (Convention on the Rights of Persons with Disabilities) absolute prohibition work full time. Two exciting developments are here to warm us up through the northern hemisphere winter.

You may remember last year’s Campaign to Support the CRPD Absolute Prohibition of Commitment and Forced Treatment. MIA provided space to promote the campaign and was a collaborating site for bloggers. We had good participation from survivors and non-survivors, from activists, researchers and lawyers, from relatives of people who died in psychiatry. Through the Campaign I was able to connect with people who hadn’t been active on these issues before in a human rights framework, and strengthened connections with long-time activists who are willing to come out in support of absolute prohibition.

People were asking about next steps as soon as the Campaign reached its conclusion, and now that is bearing fruit. Starting in December, some of us have been networking by email and in audio/video/written chats to discuss strategies and share information. If you are working for the absolute prohibition of commitment, forced treatment and substitute decision-making, or want to work for this aim, please send an email expressing interest to [email protected]

For a long time I have been interested in offering a course on CRPD, to pass on my knowledge to other activists and allow more people to take up the frustrating and passionate responsibility of human rights work. Finally I have come up with a plan that is doable and it feels right to move forward.

The course will be geared to issues of greatest concern to survivors of psychiatry, and it is open to everyone who is interested. This time it is free of charge to everyone, and will always be free to survivors and to those who are unable to pay.

Materials will be posted on a dedicated website, there will be audio or video conference calls for real-time lectures and discussions, and there will be a list-serve for additional discussion.

The course will begin on March 1 and will run through June, with a change in topic every two weeks. Please see the course website for more information. 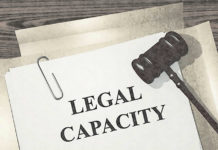 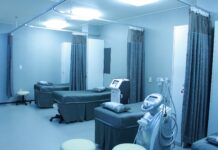