The rise of social media sites has had an enormous impact on our social lives. For instance, Facebook has almost 2 billion monthly users, making virtual life merely another facet of life for many people. However, social media has been criticized in the media for potential adverse effects on mood and self-esteem.  Now, new research shows that having a strong sense of personal meaning and purpose can reduce these negative consequences.

In a new article published in the Journal of Experimental Social Psychology, researchers Anthony L. Burrow and Nicolette Rainone at Cornell University examined the influence of social media “likes” on self-esteem.

They found that a greater number of “likes” on social media increased self-esteem, while fewer “likes” was associated with lowered self-esteem. However, for people who identified a strong personal sense of purpose, this relationship was less powerful. That is, individuals who have a sense of personal meaning in life may not experience the negative effects of having fewer “likes” on social media.

The researchers conducted two studies. Both studies tested self-esteem with a 10-item scale (sample statement: “On the whole, I am satisfied with myself.”) and a sense of purpose with a 6-item scale (sample statement: “To me, the things I do are all worthwhile”). In the first study, 300 adult participants self-reported how many Facebook “friends” they had, how many “likes” their current profile picture had, and how many “likes” they get on average. This data was then correlated with the self-esteem and sense of purpose measures.

The second study, with 102 undergraduates, involved an experimental setup in which participants believed they were testing a new social media site. They uploaded a selfie, and then were told 5 minutes later whether it had received below average (6), average (27), or above average (48) “likes.” They filled out the self-esteem scale afterward.

In both studies, the amount of “likes” was correlated with self-esteem. Again, in both studies, sense of purpose appeared to decrease the strength of this effect considerably.

One theory is that people tend to compare themselves to the others in their social group, and on social media, people can present a perfect version of themselves. You don’t see the hundreds of friends who aren’t posting because they’re not doing anything exciting–instead, you see the one friend who happens to be traveling or who just got engaged. This can cause people to feel that they are never able to live up to the standards of their friends.

However, according to the researchers, “Among individuals driven by strong personal goals and motivations, social inclusion is a much weaker predictor of self-esteem.”

Previous research has shown that social media’s adverse effects on mood are exacerbated by a sense of wasting time that could have been spent doing a meaningful activity. Thus, people who are confident that they are already accomplishing their purpose in life might experience less of this stress.

Having a sense of meaning and purpose in life has been found to be a protective factor for mental health concerns, as well as increasing quality of life in general. In fact, a major style of psychotherapy, logotherapy, conceptualizes meaning-making as the most significant motivation humanity experiences.

The implications of this study, according to researchers, are twofold. First, having a sense of purpose and meaning in life is protective in many ways. Helping people to develop meaning in their lives is a powerful intervention that could prevent social media’s potential negative impact on self-esteem, as well as boost health and general well-being.

Second, “likes” received on social media are strong social cues representative of being included in a social group. If you’re questioning whether or not to “like” someone’s post, go ahead and do it. It might just boost their self-esteem.

Burrow, A. L., & Rainone, N. (2017). How many likes did I get?: Purpose moderates links between positive social media feedback and self-esteem. Journal of Experimental Social Psychology, 69, 232-236. (Abstract) 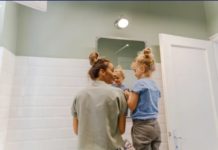 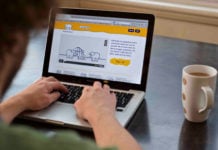