From The Globe and Mail: A judge has recently ruled that patients at a mental health facility in Ontario were tortured by doctors over a 17-year period in unethical and degrading human experiments. Techniques used on patients included solitary confinement, administration of hallucinogens and delirium-producing drugs, and brainwashing methods developed by the CIA.

“Danny Joanisse, now 61, was placed in Oak Ridge just before turning 15, and spent most of the next 34 years inside. One part of his treatment for his borderline personality disorder was ‘the Capsule Program,’ in which up to seven patients were cuffed to one another and placed naked in a small, windowless, continually lit room for days on end, and given food through a straw in the wall.

In an interview, Mr. Joannise described rebelling and being placed in solitary confinement for several days at a time. He said he was tied up in a ‘turkey’ position, with his ankles cuffed to each other and tied to his waist, and left in that position for two weeks. ‘The pain was unbearable,’ he said. ‘All I know is, I’ll never get back what I lost.'” 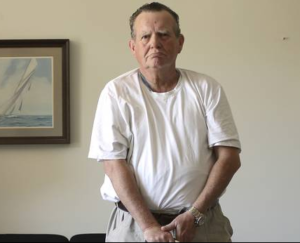