In this piece for The New Yorker, Rachel Aviv investigates how a psychologist and deputy sheriff convinced several suspects that they committed a murder, for which they were later exonerated by DNA evidence. Years after their exoneration, they still experience false memories of having committed the crime.

“In his dual role as psychologist and deputy, Price was so focused on unravelling the crime that he seemed to lose sight of the vulnerabilities of his former patients. Research shows that the people most susceptible to false memories have a tendency toward dissociation, a coping mechanism reported by victims of sexual violence: they learn to detach from the moment, to feel as if they were not fully there. Taylor, who still refers to the theory of repression that Price taught her, told me, ‘My memory problems began when I was raped.’ She said that her confidence in her memory deteriorated further when her mother refused to acknowledge that the abuse had occurred. During the civil trial, even as Taylor listened to all the evidence exonerating her, she occasionally became so distressed that she thought, I’m a bad person. I had to have done it.” 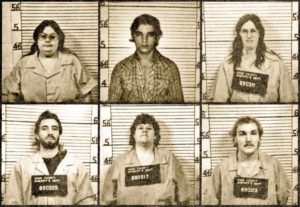