From The New York Times: Frederick Crews’ new book The Making of an Illusion portrays Freud as relentlessly self-interested, irredeemably immoral, and interminably mistaken. Perhaps Crews goes too far in his portrayal; although Freud was mistaken about many of his ideas, his work still has tremendous value and influence.

“The idea that large parts of our mental life remain obscure or even entirely mysterious to us; that we benefit from attending to the influence of these depths upon our surface selves, our behaviors, language, dreams and fantasies; that we can sometimes be consumed by our childhood familial roles and even find ourselves re-enacting them as adults; that our sexuality might be as ambiguous and multifaceted as our compendious emotional beings and individual histories — these core conceits, in the forms they circulate among us, are indebted to Freud’s writings. Now that we’ve effectively expelled Freud from the therapeutic clinic, have we become less neurotic? With that baneful “illusion” gone, and with all our psychopharmaceuticals and empirically grounded cognitive therapy techniques firmly in place, can we assert that we’ve advanced toward some more rational state of mental health than that enjoyed by our forebears in the heyday of analysis? Indeed, with a commander in chief who often seems to act entirely out of the depths of a dark unconscious, we might all do better to read more, not less, of Freud.” 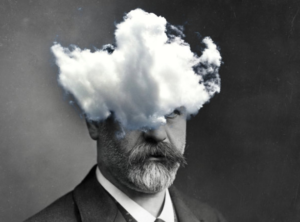 Lee Coleman – The Reign of Error

The Psychoanalytic Struggle Against the DSM