From Los Angeles Times: Many physicians are quick to dismiss women’s serious health concerns as psychological issues, leading to the delay of proper treatment and exacerbation of potentially dangerous conditions.

“Doctors may fail to appreciate their female patients’ symptoms in part because medical research has historically focused on men. Heart disease is the leading cause of death among women, but, according to Harvard Health Publications, ‘many women say their physicians never talk to them about coronary risk and sometimes don’t even recognize the symptoms, mistaking them instead for signs of panic disorder, stress, and even hypochondria.’ A 2014 study from Johns Hopkins University found that women having a stroke were 30% more likely than men to be misdiagnosed in the emergency room.

Women with autoimmune disease struggle perhaps most of all to find appropriate care. The American Autoimmune Related Diseases Assn. estimates that about 50 million Americans have one of the 100 known autoimmune diseases, in which the body mistakenly attacks itself. For reasons that researchers are struggling to unravel, 75% of those afflicted are women. According to the association’s research, on average patients see four doctors over three years before receiving a correct diagnosis.” 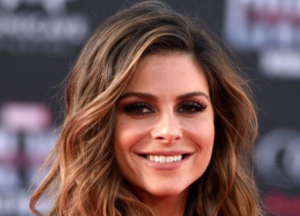