From The New York Times: Tech companies are increasingly recruiting school teachers to help improve and promote their education tools in exchange for perks, including free products and travel expenses to industry-sponsored conferences. Unlike the pharmaceutical industry’s influence on medicine, the phenomenon of company-affiliated teachers has received relatively little scrutiny.

“This teacher-influencer soft sell may be new in schools. But researchers who study medical marketing recognize it from techniques used for years by the pharmaceutical industry.

Drug makers have long cultivated doctors to promote brand-name medicines to their peers. Insiders have a nickname for these doctors: ‘Key Opinion Leaders.’ Among other things, drug makers have paid physician influencers to give talks about company drugs, sent them on junkets and lavished them with fancy dinners.

If the ed-tech industry is now replicating these strategies, it is because, at least in medicine, they work.

‘These techniques encourage the use of the product being promoted rather than evidence-based practices,’ said Dr. Aaron S. Kesselheim, an associate professor of medicine at Harvard Medical School who has studied how drug company payments influence doctors. ‘There is evidence that even a small amount of money, like a meal, can influence prescribing.'” 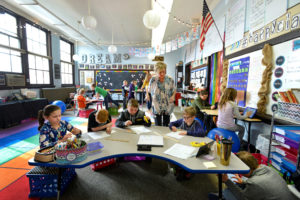