From Massive: Increasing evidence suggests that psychedelics may revolutionize mental health care. In order for this “psychedelic renaissance” to last, scientists and citizens will need to combat preconceived notions about psychedelic drugs formed as a result of the cultural war on drugs.

“Although many of these studies are still in their early phases, the preliminary data overwhelmingly supports the use of psychedelics as targeted medicines, specifically in conjunction with psychotherapy. So why is there such intense skepticism about this group of ‘drugs’ in particular? Why is it that cancer chemotherapies with significant mortality rates and harsh side-effects will readily move through the clinical trial phases and directly into use, but LSD, which has nearly zero recorded overdoses, rarely even achieves study approval?

The answer is likely buried under 50-plus years of drug prohibition and abstinence-only education in the United States and around the world, a culture that has shaped the negative stigma of all psychedelics. Instead of re-litigating this past, though, researchers in the field are posed at the precipice of progressing forward with revolutionary studies, and may conscientiously move our culture forward with them. But moving the culture will require awareness and action from scientists and citizens.” 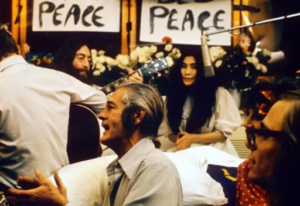