From The Hill: A group of more than 100 psychologists and mental health professionals marched through the streets of New York on Saturday calling for President Trump to be removed from office. The march was organized by Duty to Warn PAC, a group of psychologists who believe that Trump has a malignant narcissism. 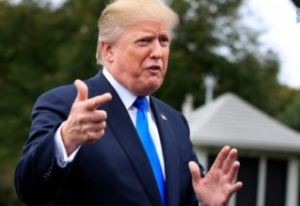