From BuzzFeed: The Royal College of Psychiatrists has issued a historic statement acknowledging the harm done to lesbian, gay, and bisexual people who were subjected to aversion therapy, the practice of using electric shocks or nausea-inducing drugs to try to cure people of their sexual orientation. The statement was issued in response to an extensive BuzzFeed News interview with aversion therapy survivor Jeremy Gavins.

“Gavins, aged 18, was strapped in a chair by his wrists as electric currents were sent through his arm and pictures of naked men were shown on a screen. He described it as ‘torture’ and told BuzzFeed News how it triggered a lifetime of depression, anxiety, and post-traumatic stress disorder, all of which required extensive further treatment from mental health professionals.

The statement from the college is a ‘hell of a step forward for them,’ Gavins told BuzzFeed News. ‘Especially since it comes from their president.’

‘I’m pleased that they’ve acknowledged [what happened],’ he said. ‘That does help. It does mean something. It’s as near as we’re going to get to an apology, it’s not far off. And it will make a difference to others [survivors of aversion therapy]. If I read that I’d think, Finally they’ve acknowledged it. We should welcome it with warm hands.'” 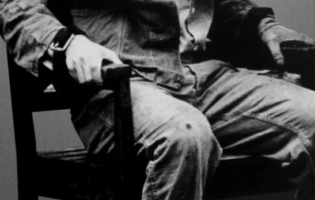 When Homosexuality Was a “Disease”: My Story of Abuse

Migrant Kids Are Being Traumatized, Not Treated

Antidepressant Anarchy in the UK