In this piece for Nautilus, Sean Carroll introduces the idea of a “philosophical zombie,” beings that look and behave exactly like humans, but lack the internal mental experience of humans. He reflects on what the possible existence of such “zombies” would mean about consciousness and our philosophy of mind.

“The big question about zombies is a simple one: Can they possibly exist? If they can, it’s a knockout argument against the idea that consciousness can be explained in completely physical terms. If you can have two identical collections of atoms, both of which take the form of a human being, but one has consciousness and the other does not, then consciousness cannot be purely physical. There must be something else going on, not necessarily a disembodied spirit, but at least a mental aspect in addition to the physical configuration.

When we talk about whether zombies are possible, we don’t necessarily mean physically possible. We don’t need to imagine that we could find an honest‐to‐goodness zombie here in our real world, made out of the same particles that you and I are made from (if you’re not a zombie, which I’m going to assume henceforth). We’re just imagining a possible world, with a different fundamental ontology, even though it might have very similar‐seeming particles and forces. What it would be lacking is mental properties.

As long as zombies are conceivable or logically possible, Chalmers argues, then we know that consciousness is not purely physical, regardless of whether zombies could exist in our world. Because then we would know that consciousness can’t simply be attributed to what matter is doing: The same behavior of matter could happen with or without conscious experience.” 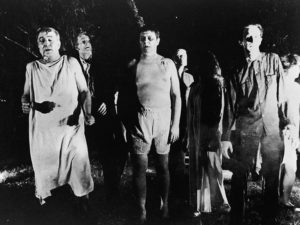 On Human Nature and Its Implications for the Mind-Body Problem

The Mind-Expanding Ideas of Andy Clark