This episode of the podcast The Partially Examined Life explores the way that Stanley Milgram’s experiments on obedience and Philip Zimbardo’s Stanford prison experiment show that our behavior is not so much dependent on our character or inner qualities, but rather on our context and environment.

“Do difficult situations make good people act badly? Are there really ‘good’ and ‘bad’ people, or are we all about the same, but put in different situations? Situationism is supported by Milgram’s experiment, where most subjects could be easily pressured into delivering shocks to an innocent person (really an actor… punked!). A more immersive example was provided by The Stanford Prison Experiment, where students took on the roles of guard and prisoner, and quickly became sadistic and passive respectively. John Doris argues that situationism is a direct attack on virtue ethics, that really there is no such thing as a virtue like ‘bravery’ or ‘generosity’ that cuts across all sorts of situations. While there are of course consistent personality traits, these don’t map against the virtues as depicted by Aristotle and our common cultural notions. Rather, they’re more context-dependent, specific to certain types of situations.” 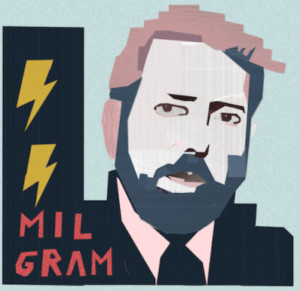 Two’s a Crowd: Guattari and Deleuze

Is Philosophy Therapy, or is it Simply a Search for Truth?