“The large print giveth, and the small print taketh away.” — Tom Waits, from the song “Step Right Up”

A psychiatric diagnosis means many things to many people. In some fashionable circles in California a few years ago, bipolar disorder was a desirable label to possess. It may still be the case today. Within these groups, it was seen as something they might have in common with high-profile public celebrities they admired. It was cool. If they wanted it badly enough, and had the money, it might not have been difficult to get. This would be a somewhat twisted version of what used to be known as malingering. A simpler example would be someone who might be able to use a psychiatric diagnosis to avoid the consequences of some calamitous event in their lives, such as bankruptcy, or a criminal prosecution of some kind. It happens.

At the other end of the scale there are those who feel they have been condemned to the dustbin of humanity when a psychiatric label is attached to them — especially the more serious ones such as schizophrenia, or one of the personality disorders. To be labelled with one of these titles is seen by many as a grievous assault on one’s personhood.

There are usually two grounds for being detained: perceived risk to oneself or others, or the catch all ‘need for treatment’ one. An existing diagnosis might be all that is needed to invoke the latter. A psychiatric diagnosis, therefore, can have very profound implications for those who receive one.

And they exist, for better or for worse, until death. Unlike marriage partners though, divorce from most psychiatric diagnosis is impossible. They may, and often do, exist in numbers greater than one, and they often change over time if the opinions of the psychiatrists who see you change. When we get married we choose to do so. But we can be psychiatrically labelled without having any choice or control over the process. Some of these diagnoses can be more life-changing than marriage.

Whether or not you consider a diagnosis either empowering (many probably do) or disempowering is a matter of choice too. If health is moving towards the idea of adapting and implementing one’s own control, in light of the challenges of life, then at the very least we should be able to have some control over the psychiatric labels that may be forced onto us.

Most non-psychiatric clinicians who have been around as long as I have have seen shoddy and slapstick psychiatric diagnostic practices. Some clinicians are trigger happy when it comes to applying them. Some have their pet diagnoses that they like to use. Uniquely in psychiatry, patients are afraid to challenge these decisions, as to do so runs the risk of being taken as further evidence that the diagnosis was correct. This is a dreadful situation for anyone to be in. Within a system that is focused on observing and recording deficits, and that operates in an increasingly risk averse culture, the direction of misdiagnosis bias in psychiatry is likely to be in favour of creating false positives (i.e., receiving ones that you don’t have), rather than in the opposite direction. And of course, all of this operates without oversight of any kind.

We should be entitled to a formal diagnostic report every time we receive a diagnosis. This report should clearly indicate how each symptom we are deemed to have was arrived at. If third party information was used, it should be noted too. This information, since it is provided in ordinary language, should also be recorded in ordinary language. This would act as the beginning of what would hopefully be, for many, a demystifying process. This would be using the small print to understand and question the jargon used in the big — the labels themselves. It would also make clinicians think twice before using diagnoses. Failure to write such reports should be grounds for professional misconduct.

Why should psychiatry be singled out in medicine for such a thing? The answer to this question is simple. Almost all psychiatric diagnoses are not based on empirical data, they are ballooning in scope and in numbers, many have dramatic and life-changing consequences, reliability levels are poor, co-morbidity levels are high, and the validity of many are doubtful. Despite all of this, they have escaped any kind of regulation. Whatever misdiagnosis rates are in the rest of medicine, they must be considerably higher in psychiatry. Is this not a case of naming an elephant that has been sitting quietly in the room for a long time?

Despite all of the well-known political and unscientific ways that the DSM has been influenced, despite its enormous power, despite the explosion in disability rates associated with psychiatric labeling, and the corruption of its treatment evidence base, their diagnostic system has to date escaped oversight or external regulation of any kind. While they must write prescriptions for the drugs they inevitably want their patients to take, they can diagnose away to their hearts content.

Things start to get complicated when another major difference between psychiatry and the rest of medicine is understood. In most of medicine, diagnosis and treatment are well correlated. In psychiatry this is not the case. Psychiatric diagnoses are poor indicators of treatment, and also of outcomes. Establishing the need for formal diagnostic reports as outlined in this article could eventually contribute in a major way with the process of improving this. This would be a very big improvement for all service users, and for psychiatry.

There is growing criticism of the current diagnostic system. The DSM project seems to have lost control of itself. It could collapse if these ideas were implemented. But if so it would need to be replaced by another, and it too would need to be scrutinized.

Someone I know was deemed to be manic based on an unfounded allegation made by a third party that he had blown the equivalent of over $30,000 in a week. This important error was used to diagnose him with bipolar disorder. Afterwards, the fact that he was able to show, with bank statements, that he had moved the money from one account to another, and not spent it, came too late. He’d been labelled, and there was nothing he could do about it. When errors like this can be shown to have occurred, it should be possible to appeal the diagnosis and, if successful, to have it removed. This would make clinicians even more careful before they diagnose.

The implementation of this new mental health reform initiative is both practical and concrete. It could also have profound implications for how psychiatry operates. If you agree with it, you are invited to sign my petition on change.org:

“Making psychiatric diagnostic reports obligatory and allowing them to be appealed.”

This petition will be delivered to the College of Psychiatrists of Ireland, and to the chair of the Oireachtas Committee on the Future of Mental Health Care. But hopefully it will set in motion a change that will come to every country. It’s desperately needed. 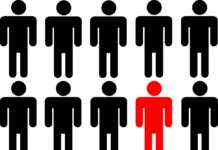