From Nature: In her new book, Social by Nature: The Promise and Peril of Sociogenomics, Catherine Bliss discusses the social context and potentially biodeterministic implications of the emerging field of sociogenomics.

“What the historian Andrew Hogan has called the ‘genomic gaze’ isn’t the fault of individual bad-guy researchers: it’s structural. Bliss is careful to acknowledge the good, even noble intentions of many of the scientists she spoke to (as a sociologist, she keeps the names of her ‘informants’ confidential). But she finds that the funding and publicity mechanisms integral to biology drive it towards genes-first explanations. The stakes are high: finding an SNP associated with a risk increase from 0.01% to 0.03% (a threefold rise) for a disease such as breast cancer could make a career. ‘While researchers do not intend to lift the focus off of the environment,’ Bliss writes, ‘they are forced to recast social phenomena as evolutionary phenotypes so that they can make scientific claims’ that sound relevant to biomedical funders.

This tendency has social implications. ‘Just-so stories’ abound, reinforcing toxic stereotypes. For example, Bliss cites peer-reviewed work speculating that violence might get men more sex. And prevention can grade into genetic surveillance: after the 2012 mass shooting at Sandy Hook Elementary School in Newtown, Connecticut, the state asked a geneticist to examine gunman Adam Lanza’s genome for markers that might have predisposed him to violence.” 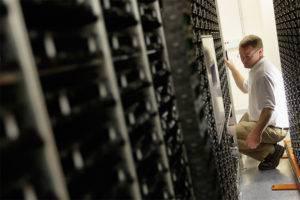 A ‘Blueprint’ for Genetic Determinism