From NewBostonPost: In light of the recent commemoration of International Holocaust Remembrance Day, it is important to acknowledge the role that eugenics, a field developed by psychiatrists and psychologists, played in creating the Holocaust.

“The recent commemoration of International Holocaust Remembrance Day reminds us to consider the causes of the Nazi genocide. Hitler found justification for his racism in the pseudo-science of eugenics, which means good genes or good race. Eugenics was developed by psychiatrists and psychologists long before the Third Reich. According to ‘The Master Race,’ an article in Boston Magazine, ‘Massachusetts was one of its epicenters, beginning at a time when Hitler was an aimless Austrian barely in his teens.’ Eugenics had its roots in the beginning of psychology; it grew strong in America; and its ripest fruit was produced in Nazi Germany.

In 2010 the president of the German Association for Psychiatry and Psychotherapy, Dr. Frank Schneider, admitted and apologized for German psychiatry’s leading role in the Holocaust. He said, ‘Under National Socialism [Nazism], psychiatrists showed contempt for their fellow man. They lied to and deceived the patients in their care and their families. They forced them to be sterilized, arranged their deaths, and even performed killings.’ His apology made headlines in Germany but didn’t get mainstream coverage in the United States or the rest of the world.” 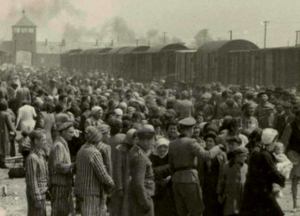