From Psychology Today: Although auditory hallucinations are commonly thought of as a sign of mental illness, research shows that hearing voices is common among the general population without psychiatric diagnoses. The nature, messages, and psychological impact of the voices are varied and diverse.

“Research supports the view that hearing hallucinatory voices is not by itself an indicator of mental illness.  Estimates of the percentage of people in the general population without a known psychiatric illness who report auditory hallucinations vary widely.  One review of seventeen surveys from nine countries found prevalence estimates as low as fewer than 1% to as high as 84%.  Estimates of college students who have reported hearing hallucinatory voices have ranged from 13% to 71%.  The wide range of estimates can be attributed in part to differences in definitions, survey instructions, and other methodological variations.  Taking into consideration such methodological differences, some researchers estimate the prevalence of hearing voices in the general population to be between 5% and 28%, with 75% of people who report hearing voices to be psychologically healthy.  Research suggests also that the prevalence of auditory verbal hallucinations varies by gender, age and culture.

Does it matter what the hallucinatory voices say or who the speaker seems to be?  Studies with non-clinical populations have suggested that people are especially likely to hear hallucinatory voices during times of loss or bereavement.  In one study, 30% reported hearing the voice of their deceased loved one within the first month of their death, and 6% still heard them a year later.  In another study, 13% of persons heard the voice of their deceased spouse, including some who had been widowed up to 40 years prior to being interviewed.” 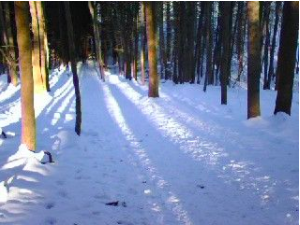