From The Herald: A group of mental health experts and patients have submitted a formal letter of complaint accusing the Royal College of Psychiatrists of misleading the public with “potentially dangerous” claims that the majority of patients experience no withdrawal effects within two weeks of stopping antidepressants.

“The letter of complaint, submitted by Dr John Read, a professor of clinical psychology at the University of East London, is signed by another 29 psychiatrists, academics and patients who have suffered years of withdrawal symptoms after coming off antidepressants.

The signatories include Dr Peter Gordon, a psychiatrist from Stirlingshire, and Ann Kelly, from West Dunbartonshire, who previously spoke to the Herald about being permanently crippled by severe pain, mobility problems and visual disturbance despite taking two and a half years to taper herself gradually off antidepressants.

The letter of complaint states that the two-week claim ‘is not evidence-based, is incorrect and has misled the public on an important matter of public safety, with potentially hazardous consequences.’

They add that ‘people may be misled by the false statement into thinking that it is easy to withdraw and may therefore try to do so too quickly or without support from the prescriber, other professionals or loved ones.'” 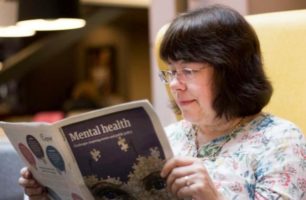