Due to the thickness of the scalp and skull, transcranial electrical stimulation (TES; also known as CES) is incapable of targeting networks of neurons in the brain, according to new research published in Nature Communications.

The research was led by the MTA-SZTE “Momentum” Oscillatory Neuronal Networks Research Group at the University of Szeged, Hungary, and included researchers from New York University.

TES has been studied for the treatment of conditions ranging from seizures to depression. The procedure involves placing electrodes on the scalp in order to send an electric current through the head. This process should be differentiated from electroconvulsive “shock” therapy (ECT) because TES is not intended to induce seizures. TES involves a less powerful electrical current. Thus, TES could theoretically be a safer alternative to ECT.

The researchers point out that there is currently “no accepted theory to explain how TES affects neuronal circuits in the brain.”

Proponents of TES argue that they can target specific networks of neurons and induce activation as desired. However, the current researchers say this simply isn’t possible. “In rodents and human cadaver brains, ~75% of scalp-applied currents are attenuated by soft tissue and skull.” This means that most of the electric field does not have the supposed specific, targeted effect on neurons suggested by other researchers. Instead, most of the electricity does not even reach the brain.

To directly impact brain circuits, according to the researchers, the electrical current would have to be four to six times higher. However, current guidelines for TES suggest a lower electrical intensity due to concerns about side effects.

That is, even when TES appears beneficial, the evidence is of poor quality, with methodological problems that make the conclusions questionable. In fact, when TES was compared with treatment as usual, even these poor quality studies found no significant difference.

Indeed, the research on the supposed brain effects found by other studies is plagued by poor methodology. The current researchers argue that other studies, which purport to find neural effects, test for effects at the same frequency as the intervention—meaning that any supposed effects are more likely due to the ongoing external electric field, not actual changes in neural circuits.

Even if specific brain circuits were to be implicated in mental health conditions—which is not yet the case, of course—TES appears unable to have the beneficial effect its proponents claim, according to this most recent study. 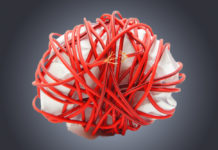 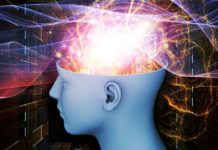