From Huffington Post: The pharmaceutical industry’s image has been significantly damaged in recent years as the public discovered the role its aggressive marketing played in fueling the opioid epidemic. But the American people are still largely in the dark about what may be pharma’s most effective tactic for pushing drugs — marketing diseases.

There’s a substantial body of medical literature dating back to the early ’90s about the practice known as “disease mongering.” Pharmaceutical companies regularly pathologize everyday experiences, convince doctors that they are serious problems, tell a hypochondriacal public it needs help and offers the cure: a new drug. Against the onslaught of billions of dollars in marketing campaigns each year, however, researchers’ warnings about these tactics have gone largely unheeded. 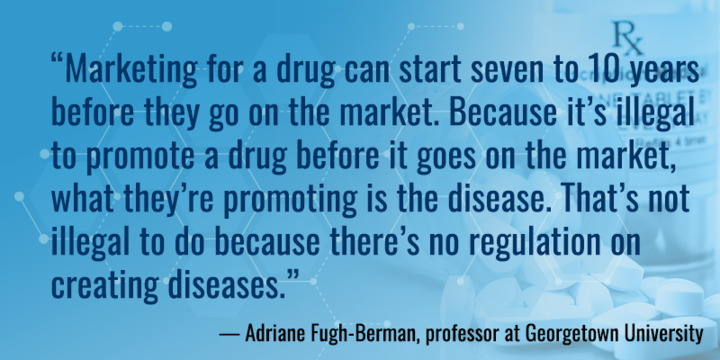