From InDaily: “In the early 2000s when I was detained in a psychiatric hospital I was treated against my will, I was even secluded. You see, I’d felt so ashamed of myself that I made a suicide attempt. The response of the staff was to lock me up, alone, in a tiny, bare room, for hours. And, of course, it just made me feel more ashamed and deserving of death.

To this day I cannot understand why they did this. I had no idea we still treated people this way – I thought it was just something in the movies.

I’ve survived lots of terrible things in my life: childhood sexual abuse, and years of mental health problems that I describe as madness. I’ve survived poverty, discrimination and violence as well. But nothing makes me quite so outraged as the way I was treated in hospital.

I guess that’s because everyone thinks hospitals are such good places, that doctors and nurses are so kind, that people get looked after. Even today, years later, it kind of leaves me astonished that the places where we go at our most distressed, frightened and vulnerable, are the places that can hurt us the most.” 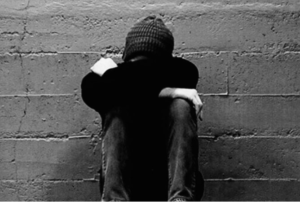