A recent study, published in the American Psychologist, examines the psychological impact of national immigration practices and rhetoric on Mexican and Central American families. The researchers, led by Stephanie Torres from Loyola University in Chicago, found that promoting family unity and revising the currently strict immigration policies would lead to better mental health outcomes:

“Policies that increase legal pathways to migration and promote family unity may reduce traumas and family separation experiences during migration and upon settlement in the U.S. Further, policies allowing for authorized employment, protection from workplace discrimination and other abuses, and broader access to public benefits would reduce fear and discrimination and promote health and well-being among immigrant families.”

According to the Migration Policy Institute (2014), 9 million of the 15 million Mexican and Central American immigrants are of undocumented status, while others may hold status as lawful permanent residents, legal residents on temporary visas, asylum seekers, and around 4 million are naturalized citizens. While immigrants may possess a diverse range of education and professional skills, the sociopolitical climate often marginalizes the community with anti-immigrant rhetoric, criminal status, and claims that immigrants hurt the American economy. In actuality, research suggests immigrants benefit the economy and do not add to higher crime rates.

Immigration is currently a highly contested issue within the ongoing bipartisan debate around border control and immigration reform. Those most directly influenced are the immigrants themselves, as “many Latino/a children and adults, regardless of legal status, are directly impacted by immigration policies and practices in the U.S. today, including restricted eligibility for public benefits, deportations, and struggles related to belonging in a mixed status family.”

Torres and colleagues expand current research on the impact of unauthorized status during youth development by “linking immigration policies to traumas and mental health among Mexican and Central American documented and undocumented immigrant families and youth.” First, they review accumulating trauma and stress in the home country, en route to the U.S., and upon settling in the U.S. Then, the authors explore immigration policies that foster vulnerabilities for immigrant populations.

Finally, Torres et al. “provide recommendations for researchers and clinicians to increase awareness, support immigrant mental health, improve policy, and inform the future study of immigration policy and mental health.” The authors outline traumatic and stressful events that may transpire throughout the stages of migration, based on prior research (see full description):

Central American and Mexican immigrants report the journey as “violent and terrifying,” sometimes requiring “coyotes (individuals who are paid to illegally move people across the Mexican American border), who may extort money and murder their clients if such clients are unable to pay ransom fees.” Furthermore, it has been reported that up to 60% of females are sexually assaulted and kidnapped during migration.

Arrival and Settlement in the U.S.

Many stressors from U.S. policies “can have deleterious effects regardless of documentation status. For example, citizen-children report fear of their parents being deported and poverty and discrimination can permeate families’ lives even if they are legal immigrants or U.S. born.”

Torres and colleagues describe major immigration policies, such as the Illegal Immigration Reform and Immigrant Responsibility Act of 1996 (IIRIRA), which heightened enforcement and increased resources for agencies such as the Customs Border Patrol. Concurrently passed was the Personal Responsibility and Work Opportunity Reconciliation Act of 1996 (PRWORA) which restricted federal public benefits like food stamps and supplemental social security for undocumented immigrants.

Then, in 2005 “Operation Streamline” adopted a zero-tolerance approach by criminally prosecuting people unauthorized to cross the border, criminalizing thousands of undocumented immigrants, moving them from border patrol into federal prison systems.

While the aforementioned policies’ implicate the risk factors for immigrants upon arriving in the United States, policies that protect immigrants have been evidenced to “support immigrants’ ability to thrive in the U.S.” The Development Relief and Education for Alien Minors, or DREAM Act in 2001, proposed to provide a permanent residency for qualified undocumented immigrant students. While it never received enough bipartisan support to pass federally, 18 states passed their own Dream Acts, providing in-state tuition, access to higher education opportunities, and financial aid, among other supports, to qualifying immigrants.

In 2012, former President Obama issued an executive order describing “Deferred Action for Childhood Arrivals,” DACA, providing temporary immigration relief to young adults who came to the U.S. as children, including a work permit, protection from removal, and other daily needs such as the opportunity to obtain a driver’s license. Studies have demonstrated the effects of DACA having positive outcomes for youth involved.

This study delineates the repercussions these varying policies can have on the well-being of Mexican and Central American immigrant families, underscoring the compounding effects of arriving having already experienced traumatic events. The authors conclude with implications for mental health providers as well as researchers:

– “Taking a strengths-based approach, such as supporting familism and/or building adaptive coping.”

– Preparing to “take on other roles consistent with culturally competent practice”, such as locating culturally appropriate resources.

– Contributing to studies exploring the “link between immigration policy and mental health, that examines cumulative impact of the many policies that lead to discrimination, fear, poverty, family separation, and a lack of services, can make strong claims about policy changes needed to improve mental health and well-being.

– Can strengthen results through the use of “longitudinal designs, quantitative approaches utilizing multiple perspectives, a community-based approach, and an increased focus on child mental health.”

-Include research that examines resiliency and family strengths, as well as effects of positive policies

Finally, the authors suggest psychologists can serve as the link between research and advocacy for marginalized, immigrant populations, by “ensuring that clinical and research efforts are translated into professional development trainings that are accessible to ‘front line’ groups working with Latino/a immigrants.” 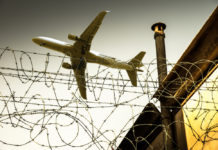 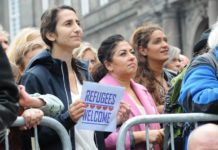 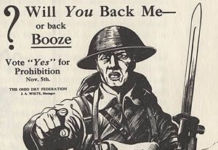