From BBC News: “Hundreds of people are killed by police in the US each year, and much attention has been paid recently to the high proportion that are black. But there’s another disturbing trend that is rarely discussed. […]

Already in 2018, across the US, at least 136 people with a disability are known to have been killed by police officers, according to a database maintained by the Washington Post and analysis of local media reports.

In many countries the police would be the last resort when people are going through mental health crises but in the US, they are often the first to respond because of the lack of more specialised agencies. […]

Data concerning the number of disabled people who are killed by police in the US is hard to come by. Researchers are left to go through media reports of individual cases from around the country.

The figures are not officially collected at national level. The current estimate of 136 for this year may therefore be a gross underestimate. In hundreds more cases it was never determined whether the person killed had a disability at all. And there may be other cases that are not reported or that the researchers failed to spot.

This was an issue before President Donald Trump was elected. But his administration has signalled that there will be fewer investigations into police departments when things go wrong, arguing that federal oversight of local police departments reduces morale among police officers. […]

Police officers are prosecuted in very few cases involving the deaths of disabled people. They are presumed to have acted in good faith and often given legal protection on that basis. […]

‘This society has not effectively dealt with mental health. They haven’t provided the dollars for treatment,’ he says. ‘Officers are running from call to call to call dealing with this.’ […]

For many, the nub of the problem is the way police are taught to interact from the very beginning – with so much emphasis on firearms training and personal protection, and relatively little on de-escalating confrontations. […]

‘Extra disability training for police is one thing but is not enough,’ [activist Candace Coleman] says. ‘We need a cultural shift across the board.’

‘The way in which they approach situations needs to change. It shouldn’t always be that the immediate reaction is to pull out your gun or your Taser or to yell or scream,’ she adds.

Until that happens, some of the most vulnerable people in US society will be left to work things out for themselves.” 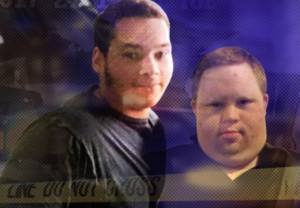