From CNN: “When 7-year-old Bailey Sheehan arrived at a hospital in Oregon partially paralyzed, a doctor said the girl was faking her symptoms to get her parents’ attention because she was jealous of her new baby sister.

But that doctor was proved wrong when an MRI showed that the girl had acute flaccid myelitis or AFM, a polio-like disease that’s struck hundreds of children since 2014.

Erin Olivera, mother of a child with AFM and founder of a private Facebook page for parents of 400 children with the disease, says Bailey’s experience is hardly unique. She estimates that based on postings by parents, as many as 1 in 10 children were told that the paralysis was all in their heads when they first sought medical care.

Experts who study the art and science of diagnosis say the problem goes beyond this one rare disease. They say that in general, when presented with a puzzling disease, physicians too often leap to a diagnosis of a psychiatric problem. 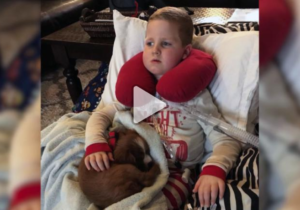