From NPR: “For the second time in three years, life expectancy in the U.S. has ticked downward. In three reports issued Thursday, the Centers for Disease Control and Prevention laid out a series of statistics that revealed some troubling trend lines — including rapidly increasing rates of death from drug overdoses and suicide. […]

[…] younger adults have largely been hit hardest by these trends.

[…] in general, says William Dietz of George Washington University,the main themes of the reports are ‘very disturbing’ — partly because deaths from overdoses and suicides are likely linked. Both may be caused by social shifts in the U.S. that have caused people to become ‘less connected to each other in communities,’  he tells Harris.

‘There are some data to suggest that that’s led to a sense of hopelessness, which in turn could lead to an increase in rates of suicide and certainly addictive behaviors.'” 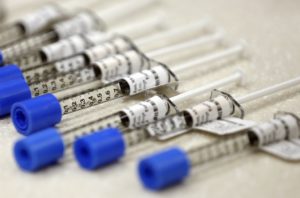