In a study recently published through the American Psychological Association, researchers Helena Rose Karnilowicz, Sara F. Waters, and Wendy Berry Mendes explored the effects of parent emotion suppression in social interactions on child social patterns. Karnilowicz and team instructed a group of parents to complete a stressful task, and then split them into control and suppression conditions to work through another challenging project with their 7- to 11-year-old children. Results indicated that parent emotion suppression compromised children’s warmth and effectiveness in communication, but that parent gender moderated impact.

Emotion suppression, a process that can be challenging to disentangle from its parent construct emotion regulation, which occurs when one acts in such a way that is inconsistent with his or her feelings in an effort to better fit a situation. This strategy may be employed when a person deems his or her emotions incompatible with the set of circumstances s/he is experiencing. Suppression may be deliberate or subconscious.

Western ideals including rationalism and objectivity promote the temptation for parents to shield their children from their authentic, knee-jerk reactions to prevent them from having to witness overreaction, or “to protect them from experiencing adverse responses.”

In some instances, stress can be helpful. Often, it is useful to acknowledge and work through discomfort instead of denying or shuffling to replace it. Perfectionistic tendencies and the impulse to appear perfectly balanced have been linked to significant distress, and a fixation with presentation may compromise authenticity in interactions. And yet, self-control and impulse resistance are emphasized so intensely in public education in the United States. It can be hard to tell when emotion regulation becomes suppression, and when perfectionism reflects a symptom of externally imposed expectations.

Karnilowicz and team lay the foundation for their investigation by outlining past studies in which suppression has been found to challenge the quality of social interaction. They highlight one such study in which memory of what was discussed in the context of a quarrel between romantic partners was found to have been compromised in the suppression condition and another in which suppression reduced awareness of and sensitivity to the needs of a partner in conversation. They note that the consequences of suppression may be more extreme in the long-term interpersonal relationship, impacting family dynamics more intensely than more casual social connections.

Concerning parent-child relationships and suppression, the authors identify two past studies: one linked habitual suppression among parents with more punitive and dismissive parenting practices, and another concluded that emotion suppression inhibited parents’ responsiveness to their children. Karnilowicz and colleagues’ work is the first to look at parent suppression within in-vivo parent interactions, and its effects on child behavior.

In the current study, the researchers set out to examine the role of suppression in parent-child interaction and any differential effects of suppression on socialization as a function of gender. Participants included a sample of 104 parent-child dyads, in which parents represented a near-even father-mother split (48%: 52%). While there was some ethnic and socio-economic diversity, participants were predominately White and Asian with bachelor’s degrees or higher, and most had a family income of $75,000 or above.

Study procedures involved parent exposure to a validated laboratory stressor, followed by observed one-on-one parent-child interaction in the context of a task that required cooperation. Parents were randomly divided into either a control group (without any instructions to apply particular emotion regulation strategies) or a suppression condition (with instructions to “try to behave in such a way that your child DOES NOT KNOW that you are feeling anything at all. Try NOT to show any emotion in your face or your voice”).

Parent-child dyads were tasked with constructing a Lego building with parents as builders and children as instructors. Unaware of the condition designation (control or suppression), research assistants observed and rated parent and child positive and negative mood, responsiveness and warmth, and dyadic relationship quality and parent guidance.

While future research is needed to replicate these findings, and to determine the extent to which outcomes are upheld across various cultural and socio-economic contexts, the results highlight the value of emotion expression in the emotion regulation process, particularly among parents. Children may be especially attuned to their mother’s emotion expression patterns, which in turn may significantly impact the nature of a child’s emotion expression patterns. Karnilowicz and colleagues’ findings suggest that suppression may have not only damaging effects on our internal experiences, but also our interpersonal relationships and the behavior patterns of the children around us. 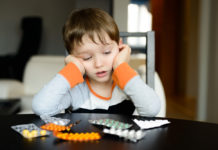 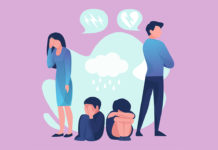 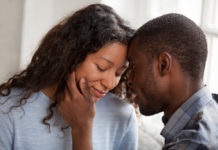