A recent study, published in the American Psychologist, investigates how perceived racial and ethnic discrimination relates to socioemotional distress, academics, and risky health behaviors throughout adolescence. The results indicate that the greater the perception of discrimination, the more depressive and internalizing symptoms appear. The mental health effects of perceived discrimination include greater overall psychological distress, poorer self-esteem, lower academic engagement, and more externalizing behaviors such as risky sexual behavior and substance use.

“The psychological, behavioral, and academic burdens posed by racial/ethnic discrimination during adolescence, coupled with evidence that experiences of discrimination persist across the life course for persons of color, point to discrimination as a clear contributor to the racial/ethnic health disparities observed for African American, Latino, and Native American populations compared with their White counterparts,” write the researchers, led by Aprile D. Benner from the University of Texas at Austin. 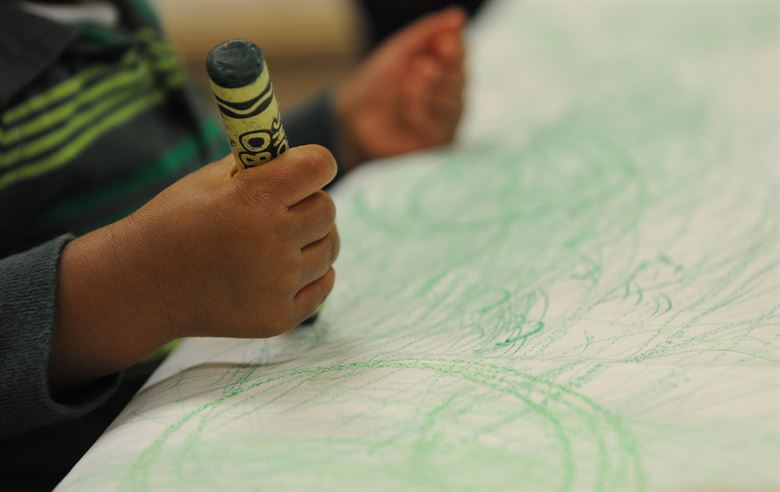 Research suggests that the perception of differential treatment based on ethnicity is evident at a young age. In-group preferences are observed at the preschool level and awareness of cultural stereotypes linked to skin color develop in middle childhood. By 10 years old, overt as well as more covert discriminatory actions can be understood by many children.

Differential treatment of African Americans and Latinos is more likely to occur in public spaces than to their white counterparts. such as the police shootings of black male teens Michael Brown, Tamir Rice, Laquan McDonald, to name a few. Understanding the impact of racial/ethnic discrimination in the early-life course is imperative and has “driven recent incorporation of integrative models of minority child development to incorporate race/ethnicity and race/ethnicity-based mistreatment as central drivers of young people’s growth and development.”

This study focuses on the effects of discrimination on youth. Previously, most research on racial/ethnic discrimination has been based on adult findings. However, adolescents are “especially vulnerable to the long-term effects of social marginalization, as they are only gradually acquiring the more sophisticated cognitions and adaptive coping skills.” Additionally, the authors underscore that “no existing meta-analyses have investigated the links between racial/ethnic discrimination and either academics or risky health behaviors-two foci of the current study.”

Benner and colleagues employ an intersectionality framework in order to account for the variations of race/ethnicity, gender, and their interactions. They describe, “this framework acknowledges the multiple social identities that adolescents possess and the pernicious effects of possessing multiple stigmatized identities, while also asserting that the salience and potential stigma associated with identities is context dependent.”

Upon analyzing the results of both “the relation between perceived racial/ethnic discrimination and adolescent well-being” and “the moderating role of adolescent, measurement, and study characteristics,” Benner and colleagues report:

These discrepancies can be further evaluated and understood in the larger context of prior research, yet, “there is still much empirical work needed examining how the links between discrimination and well-being vary by race/ethnicity and gender.” A limiting factor to the meta-analyses method is “no definitive conclusions about causality can be made,” since it is observational rather than experimental by nature. The authors elaborate further on methodological limitations such as the inability to test for other domains of interest due to inconsistent reporting, such as socioeconomic status and nativity. Thus, “there is much left to learn about how the links between racial/ethnic discrimination and adolescents’ well-being might vary across individuals and contexts.”

Benner and the research team stress that more work is warranted to “elucidate who is most at risk for racial/ethnic discrimination and what contexts buffer or exacerbate such risks.” They add that “future scholarship must begin investigating intervention and prevention efforts.”

The authors underscore that the current, albeit limited, research suggests self-affirmation activities and family-centered interventions might be of use. Still, the researchers call for larger cultural considerations, proposing that “we must also work towards preventing the occurrence of discriminatory treatment on a larger scale. How to combat the prejudicial and stereotype views held by adult authority figures and peers is an open question.” They suggest interventions that facilitate more intergroup contact and cooperation to reduce prejudice.

“Although the costs of such programs are likely high, the economic and social costs of continuing to ignore adolescents’ experiences of racial/ethnic discrimination are even higher.”