From VICE: “Community gardens grow things that are frequently absent in urban landscapes. Nature itself, as Jackson points out and as dozens of researchers have chronicled, is a tonic for our minds. But the gardens also make for a few extra square feet in the city where people can come together. And this second part—the confluence of our built environments and human connection—is where many urban planners and architects are now looking to solve what has become a pervasive and persistent problem around the world and here in New York City: loneliness.

Loneliness, partly social isolation and partly our own subjective interpretation of our lives, is a public health problem in our cities: It makes our lives shorter, our bodies more subject to disease, our minds vulnerable to depression and other mental illness. And it’s pervasive: A report by the nonprofit research firm Kaiser Family Foundation found that two in ten American adults reported loneliness or social isolation, with about half of those saying they had one or no confidants. And in a survey of more than 20,000 people, the health insurance company Cigna found that young adults (18- to 22-year-olds) are actually the loneliest generation of all.

But as with most ailments that manifest in our individual bodies, loneliness is also a failure of our environments, and the powers who have created or neglected them. Just as stagnant water and climate change provide breeding grounds for mosquitoes to transmit malaria, so do our homes and cities and neighborhoods fuel the disquiet of a perceived solitary existence. Which also means that part of the solution is in the same structures that we live in, around, and between.” 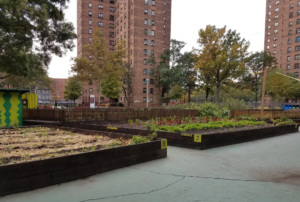