From The Atlantic: “At a time when one in five college students reports having had suicidal thoughts over the past year, we must hammer home to families the message that tunnel-visioning toward selective schools is not only misguided, but dangerous. Last year, a California 16-year-old committed suicide because, at his competitive public high school, which emphasized attending elite colleges, ‘So much pressure is placed on the students to do well that I couldn’t do it anymore,’ he wrote in a suicide note.

In 2018, Scott White, a New Jersey college counselor, posted an essay on a National Association for College Admission Counseling email list in which he said the college-admissions process ‘is the source of one of the most cruel, and truly unnecessary, abuses of our children.’ A college counselor since 1981, he has ‘seen a remarkable increase in the number of kids who are just falling apart, checking out, harming themselves and medicating themselves. There are more suicide attempts, students cutting themselves, more hospitalizations, more cases of anorexia and bulimia, every year. And there is every sign that this will continue to rise, unabated, into the foreseeable future.’ […]

Overachiever culture has done this to us. It has caused drastic changes in schools and homes, relentlessly prioritizing prestige, high-stakes testing, and accountability at the cost of families and schools. It’s a myth that going to a certain type of school is a ‘roadmap to success,’ but parents desperately want to believe that by controlling the system, they can guarantee success for their children, even if it’s a narrow, superficial, winner-take-all definition of that word. Education has been eclipsed by marketing—on the part of both students and schools—and as one college dean of admissions told me, ‘It’s not simply marketing one for a position at the very difficult preschool, high school, college, and grad school, and for various employment opportunities. It comes down almost to marketing one’s soul, which gets to undermining the meaning of one’s entire life.’

Not to mention the destruction of one’s childhood. From standardized-test scores to the arms race of year-round youth sports, students are taught that their statistics matter more than their comfort, that their résumé matters more than their character. Students respond in kind. Nearly 90 percent of college students say they have cheated in school. An estimated 15 to 40 percent of high-school students have abused prescription drugs as study aids. As an Illinois high-school senior told me, many students view life as ‘a conveyor belt,’ making monotonous scheduled stops ‘at high school, college, graduate school, a job, more jobs, some promotions, and then you die.'” 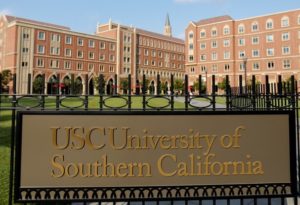