From The New York Times: “Thousands, perhaps millions, of people who try to quit antidepressant drugs experience stinging withdrawal symptoms that last for months to years: insomnia, surges of anxiety, even so-called brain zaps, sensations of electric shock in the brain.

But doctors have dismissed or downplayed such symptoms, often attributing them to the recurrence of underlying mood problems. […]

In a paper published Tuesday in Lancet Psychiatry, the authors argued that any responsible withdrawal regimen should have the patient tapering off medication over months or even years, depending on the individual, and not over four weeks, the boilerplate advice.

The paper is by far the strongest research-backed denunciation of standard tapering practice by members of the profession. […]

Laura Delano, executive director of Inner Compass Initiative, a nonprofit organization that runs The Withdrawal Project and focuses on helping people learn about safer psychiatric drug tapering, said: ‘I didn’t know about the benefits of slow tapering when I came off five meds in five months, and had a very difficult time in withdrawal.’

The new paper, she added, ‘speaks to how hard it is to get this information into the clinical world. We laypeople have been saying this for a long time, and it’s telling that it took psychiatrists coming off meds themselves for this information to finally be heard.'” 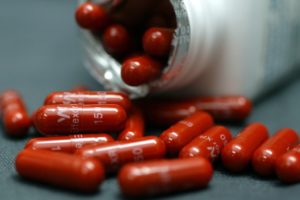