From Scientific American: “As the bitter strife between left and right, citizen and noncitizen, white and non-white attest, the greatest threat to humanity today goes beyond political and religious divides, economics, and psychiatric diagnoses. It goes beyond cultural conflicts and even the degradation of the environment—and yet it includes all of these.

As psychologists concerned with the social and psychological bases of human destructiveness, and as dedicated observers of history, we have arrived at the conclusion that so much of what we call human depravity (‘evil’) seems to be based on a principle termed ‘the polarized mind.‘ The polarized mind is the fixation on a single point of view to the utter exclusion of competing points of view, and it has caused more human torment and misery than virtually any other factor. […]

Today we are faced with one of the most polarizing world situations in decades as authoritarian rule has undergone a revival, and we are faced once again with the challenge: Are we going to stick our heads in the sand and ignore the hurts and insults that have led to our divisiveness, thus perpetuating a persistent cycle of human devitalization? Or are we going to consider the findings of our hard-won psychological, spiritual and philosophical disciplines and face the wounds that beset us?

From our vantage point as investigators, there is little question that the latter course is preferable and through mindful, widespread dialogue we see an opening. There are already grassroots movements in this latter direction, and we see our personal interchanges as an aspect of those. But on a larger scale, there are growing opportunities for meaningful cross-cultural exchange and for live person-to-person encounters.” 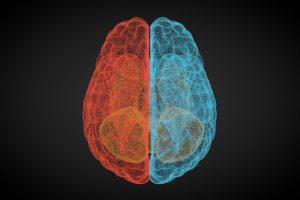